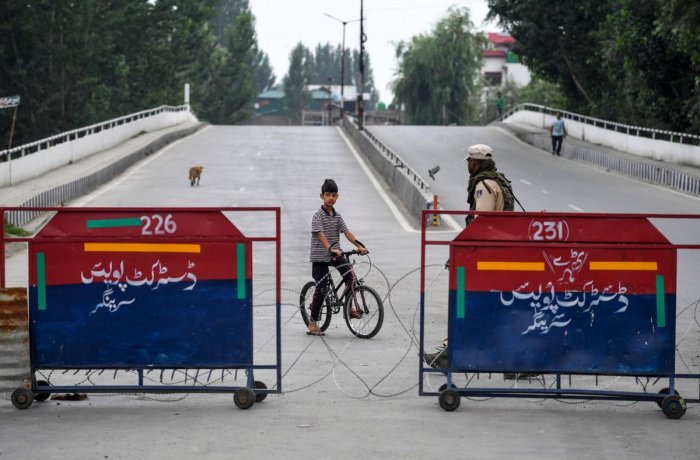 New Delhi: In less than three months after the revocation of Article 370 from Jammu and Kashmir, around 43 private firms with a proposed investment of Rs 13,700 crore have expressed interest to set up businesses in the region.

Among the companies that have sent expressions of interest (EoI) include Dalmia Cements, Shree Cements, Jakson Group, CVK Group, Paperboat Design Studios Private Limited, as well as the Indian School of Business, government officials familiar with the matter have told ThePrint. The 43 firms have submitted 62 EoIs.

But, whether these firms will eventually set up shop will depend on the kind of incentives they receive from the government. Most of the firms have demanded tax holidays spanning up to 15 years and other incentives such as higher transport subsidy, some of which may not be financially feasible for the government to accept.

The J&K Trade Promotion Organisation (JKTPO) has been evaluating the EoIs submitted by the 43 firms and will take a final call on signing agreements with them. At present, the region has 6,500 large, medium and small industrial operational units. Besides, there are over 20,000 micro industrial units in the formal and informal sector too.

The government had earlier announced that a Global Investors’ Summit will be held in J&K in October but it has now been postponed to next year.

“We are going through the EoIs and are keen to sign MoUs with them next year during the investors’ summit,” Ravinder Kumar, MD, Jammu & Kashmir State Industrial Development Corporation (SIDCO) told ThePrint from Srinagar.

Navin Kumar Choudhary, Principal Secretary of Industries & Commerce in the J&K administration told ThePrint that a lot of companies have shown interest in setting up businesses in the Valley.

“We are getting a lot of queries and are in talks with various companies. It will be premature at this stage to say anything more on this.”

To encourage more industries to come to J&K, Choudhary also said the government is already in the process of revisiting the region’s 2016 industrial policy. “We want to scale up the number of industries in J&K,” he added.

Among the changes the government has been considering to introduce is a higher transport subsidy for those who get raw materials to J&K from outside. Under the 2016 industrial policy, transport subsidy of up to Rs 5 lakh was given on three items — floriculture, aromatic and medicinal plants and essential oils.

More incentives will be given to sectors such as food processing, agriculture and horticulture. “Industries using raw materials not available in J&K will get more benefits compared to others. We have held several rounds of meetings to work out the contours of the new policy,” said another official, who did not wish to be named.

SIDCO MD Kumar, who also heads the JKTPO, said the government was working on creating an additional land bank in J&K. “We plan to create 1,250 acres of land bank in the region,” he added.

Kumar’s comment came on a day Finance Minister Nirmala Sitharaman said the government will soon announce details of its policy to attract investments in J&K.

A delegation of UAE-based LuLu Group had recently visited J&K and ordered 10 containers of apples, walnut, saffron, saffron and spices to be transported to the Gulf.

“Our first shipment will go from Kashmir to Gulf countries Friday. There is a lot of potential here. We are looking at increasing our shipment to 100 containers. Eventually, we are looking at setting our sourcing office in J&K. We will work with local companies,” said Ananth A.V., director (Oman, India, Sri Lanka) of LuLu Group, which operates in 22 countries located across the Middle East, Asia, US, and Europe. The group has an annual turnover worth $7.4 billion.

Local entrepreneurs are, however, apprehensive of the government’s intent to promote businesspersons from outside J&K.

Sheikh Ashiq, president of Kashmir Chamber of Commerce and Industry, said, “We want to see what kind of tax exemptions and preferences are given to those coming from outside.”

He also said scarcity of land is another big challenge the government will have to address. “Close to 60 per cent of the land in Kashmir is covered by forest. Where is the land available? From where will the government create the land for industries?”

The government’s efforts to attract industries to J&K in the past have, however, failed to materialise. In 2012, the then Congress general secretary Rahul Gandhi had taken a delegation of India Inc to J&K to promote business in the region. The delegation included the likes of Tata Group Chairperson Ratan Tata, Aditya Birla Group Chairperson Kumar Mangalam Birla and HDFC chairman Deepak Parekh among others. But not much came out of the effort.

Police seizes over 30 Qtls of fukki in Bijbehara Anantnag

DDC results: Fate of 4200 candidates to be decided tomorrow