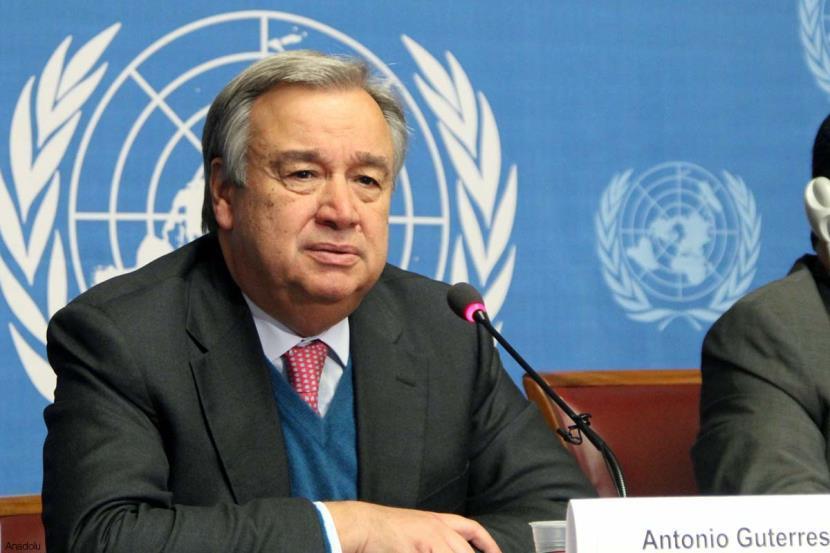 UNITED NATIONS: UN Secretary-General Antonio Guterres continues to call for the Kashmir issue to be resolved through dialogue, saying any solution should be rooted in the respect for human rights of the people living in the Valley, his spokesperson has said.

Guterres will engage whenever he can with the two nations on the issue, spokesman Stphane Dujarric said at the daily press briefing here Thursday.

Responding to a question on the situation in Kashmir, Dujarric said the UN chief has called and will continue to call for “the situation to be resolved through dialogue and that any solution be rooted in the respect for human rights of the people who live in Kashmir. So, that continues to be his position”.

Last month, the UN chief said that dialogue between India and Pakistan is an “absolute essential element” for resolving the Kashmir issue and his good offices are available if both sides ask for it while calling for the full respect of human rights. India has always maintained that Jammu and Kashmir is its integral part and ruled out any third party mediation, including either from the UN or the US, saying it is a bilateral issue with Pakistan.

The Secretary General has also repeatedly asserted that his good offices are available only if both sides ask for it. On August 5, India withdrew the special status of Jammu and Kashmir and bifurcated it into two Union Territories. Several security restrictions were imposed in Kashmir as well as Jammu following the decision.

Moon not sighted in Islamabad, Pakistan