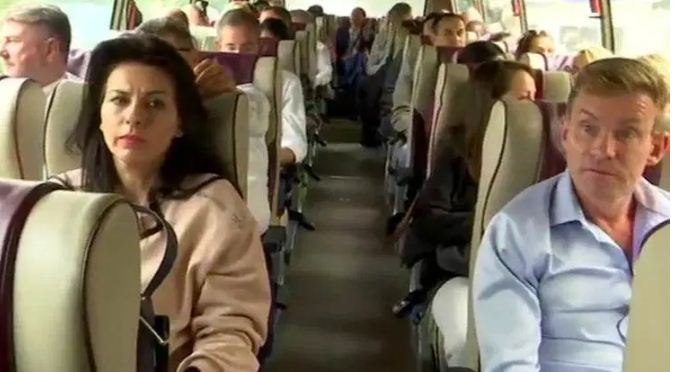 Srinagar, Oct 29 :  Massive clashes were witnessed in majority of Srinagar parts on Tuesday when a 23-member delegation of European Parliament arrived in the city on a two-day visit.

The delegation, was however, greeted with massive protests and complete shutdown across Kashmir especially in the capital city of Srinagar. Sporadic clashes broke out in many parts of Srinagar’s uptown and downtown in which many private vehicles suffered intensive damage.

According to wire service, all the major roads were seen blocked and private transport largely off the roads throughout the day. Protest rallies were witnessed at some places across Kashmir and pitched battles between protestors and security forces were witnessed throughout the day in Habba Kadal, Kani Kadal, Hawal, Chaanpora and other parts of the city where security forces resorted to tear gas shelling to disperse the protestors.

A few youth sustained injuries while as many private vehicles were also damaged in the clashes in Srinagar, eye-witnesses said.

Witnesses told that on Tuesday, youth form downtown area of Srinagar resorted to stone pelting which led to the closure of shops and suspension of private transport throughout the city. In the meanwhile, the EU delegation met officials from the J&K administration, police and the army in Srinagar to get their feedback. The delegation according to the reliable sources also met some civil society members in Kashmir. (KNO)