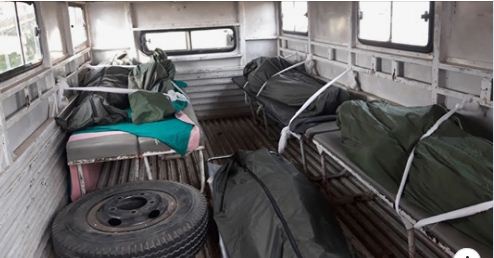 Bodies of five labourers, who were killed by suspected militants in Katroosu village  of south Kashmir’s Kulgam district on Tuesday were handed over to their families in Murshidabad on Thursday morning.

Reports said that the state government has announced an ex-gratia grant of Rs 5 lakh for the kin of the deceased.

The attack happened on a day when a delegation of 23 European Union parliamentarians was visiting the Valley to take stock of the J&K situation. During the day, Kashmir Valley observed a strike. Protests and stone-pelting were also reported from several parts of the Valley.

CUK suspends classwork for Nowgam-I, Nowgam-III campuses from Nov 14 to 16