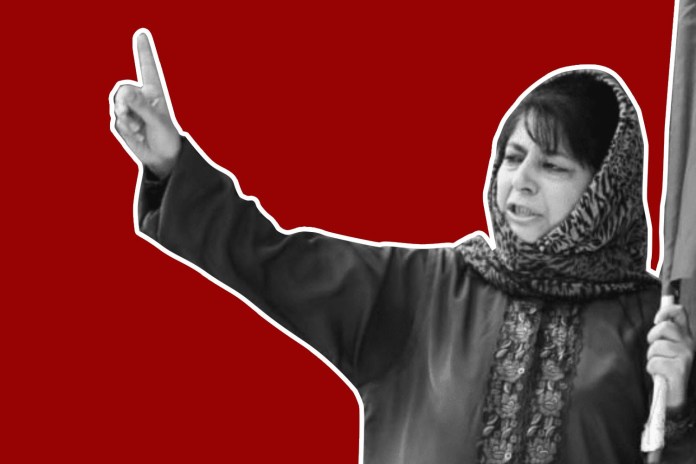 Peoples Democratic Party (PDP) on Monday termed the detention of its chief Mehbooba Mufti as ‘contrary to norms’ and ‘worst form of human rights violation’. It urged authorities to release all political detainees especially its party chief Mehbooba Mufti.

PDP General Secretary Ved Mahajan addressed a presser in winter capital Jammu where he termed the house detention of Party President Mehbooba Mufti as ‘contrary to norms’. He said the detention of a party president and elected representative of people is a worst form of human rights violation.

Mahajan said, “PDP Chief Mehbooba Mufti has been isolated in a well thought out plan. The charges of corruption leveled against her have been proved baseless during investigation”.

“The property Mehbooba Mufti is having is less than the other ministers and MLA’s have! So all allegations leveled against her are full of lies and baseless”, PDP leader added.

No traffic on Srinagar-Jammu highway on Wednesday