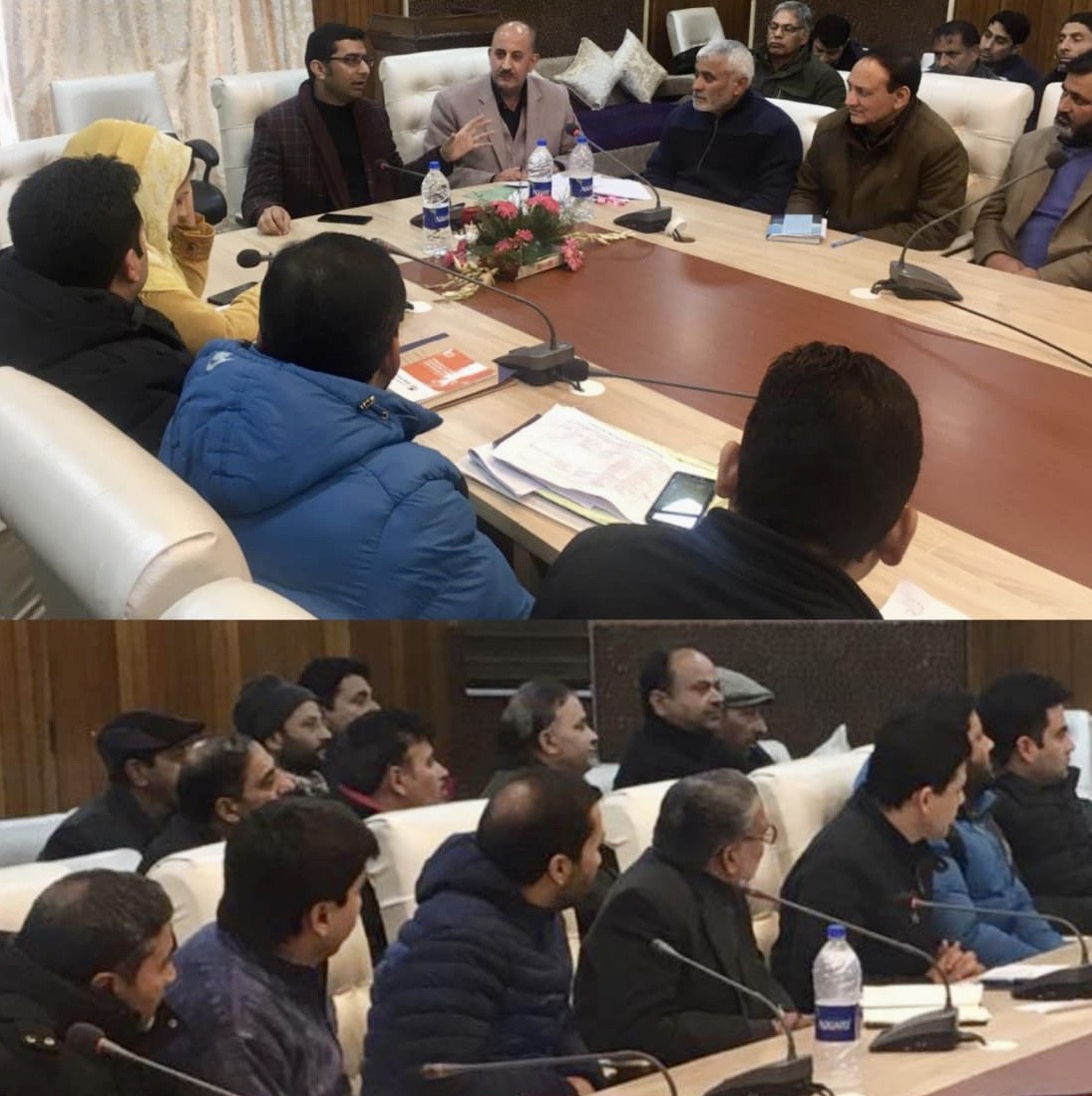 Updation of Jamabandis also reviewed; records of 74 revenue villages updated, remaining 36 to be completed by end of this month

SRINAGAR, DECEMBER 02: Deputy Commissioner Srinagar Dr Shahid Iqbal Choudhary conducted a comprehensive review of updation of Jamabandis and digitisation of revenue records being conducted on mission mode to achieve purification of records to avoid disputes and litigations and to improve the public service delivery.

Patwaris submitted 12 more Jamabandis in the review meeting taking the total number of updated ROR (Record of Rights) to 74 revenue villages up from 34 in March 2019. Another 36 revenue villages are under progress which will be completed by 31 December 2019 as per targets fixed by the DC.

The DC reviewed the updataion of ROR done by the revenue officials vis-a-vis quality of work and purity of records. Terming revenue record updation as the core work of revenue department and a basic requirement of every household as well as developmental projects in the district he reiterated that performance of revenue officers will be strictly monitored on the parameters of updataion of revenue records and purification of records preceding digitisation.

In many villages the Jamabandis are being updated after 30-40 years because of which it has become a time consuming process in view of huge number of land transactions having taken place during this time.

It was informed that Jamabandis will be put in the public domain.

The meeting also reviewed the need for creation of new Patwar Halqas for convenience of public and efficient public service delivery. The Tehsildars have been directed to submit proposals for every existing Halqa having Khata numbers exceeding 1000 to 1200 as presently the number in many halqas is 3000-5000.

Dr Shahid informed the officers that administrative inspection of seven Patwar Halqas has been initiated in view of public concerns raised about revenue matters. He said glaring mistakes have been noted during the inspection which calls for a comprehensive overhaul of the system to ensure that revenue records are maintained in a transparent and professional manner for which full support will be extended.

He asked the ACR to furnish the names of best performing revenue officers for rewarding them and also to ensure at strict departmental action is taken in cases of lapses noted during the inspections. On the occasion an amount of Rs 15 lakh was also sanctioned by the DC for putting in place heating arrangements in revenue offices.

During the meeting the DC also directed the officers to ensure that 18 offices of Naib Tehsildars directed to be shifted to notified locations are operationalised within the stipulated timeframe and asked for immediate submission of requirements for these offices.

No additional deployment of forces being done: ADGP Muneer Khan