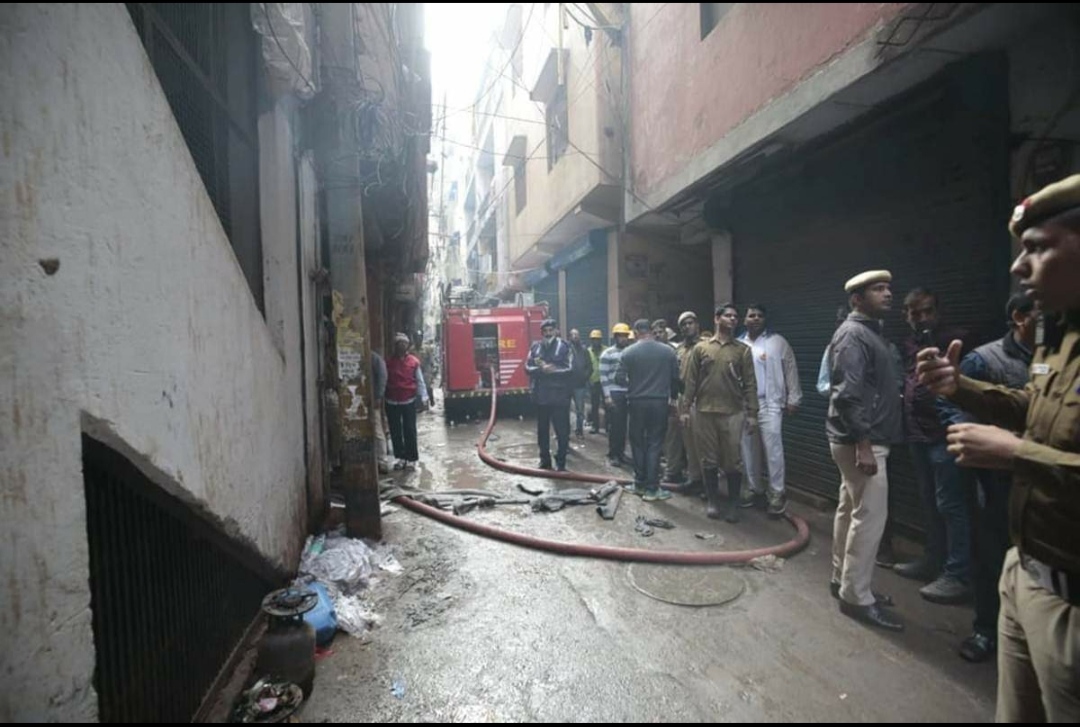 At least 43 people were killed in a massive fire which broke out at a factory in Anaj Mandi area of Delhi’s Rani Jhansi road early Sunday morning. The fire has been doused. As many as 50 people have been rescued so far and the rescue operation is underway.

At 5.22 am, the fire department received a call following which 30 fire tenders were rushed to the spot. Several people have been rushed to RML Hospital and Hindu Rao Hospital. The cause of the fire is yet to be ascertained.

Reacting to the incident, Prime Minister Narendra Modi said, “The fire in Delhi’s Anaj Mandi on Rani Jhansi Road is extremely horrific. My thoughts are with those who lost their loved ones. Wishing the injured a quick recovery. Authorities are providing all possible assistance at the site of the tragedy.”

Describing the fire incident as “tragic”, Chief Minister Arvind Kejriwal took to twitter to say that firemen were doing their best. “Very very tragic news. Rescue operations going on. Firemen doing their best. Injured are being taken to hospitals,” Kejriwal tweeted. He also said he is going to visit the site shortly.

Delhi Minister Imran Hussain said, “It is a tragic incident. Investigation will be conducted and action will be taken against whoever is responsible for it.”

Several other leaders also expressed their sadness over the incident.

Expressing condolences with the families of those who lost their lives, BJP president Amit Shah and Union Home minister Amit Shah said, “Tragic loss of precious lives in the fire accident in New Delhi. My deepest condolences with families of those who have lost their loved ones. I pray for the early recovery of the injured.Have instructed concerned authorities to provide all possible assistance on urgent basis.”

Congress leader Rahul Gandhi tweeted: “Saddened at the news that a massive fire in the Anaj Mandi area of Delhi has claimed many lives and left several people injured. I extend my deepest condolences to the families of those killed and wish for the speedy recovery of those injured.”

Former Madhya Pradesh chief minister Shivraj Singh Chouhan tweeted, “The news of the death of 32 people due to fire in the house near Anaj Mandi situated in Jhansi Road, Delhi is heartwarming. I pray to God to give peace to the departed souls and provide their families with the ability to bear this deep sorrow.”

Manoj (23), a resident of Begusarai in Bihar, said his brother Naveen (18) was working in a handbag manufacturing unit operating from the premises. “I got a call from his friend informing that he has been injured in the incident. I have no clue which hospital he has been taken to,” PTI quoted him as saying.