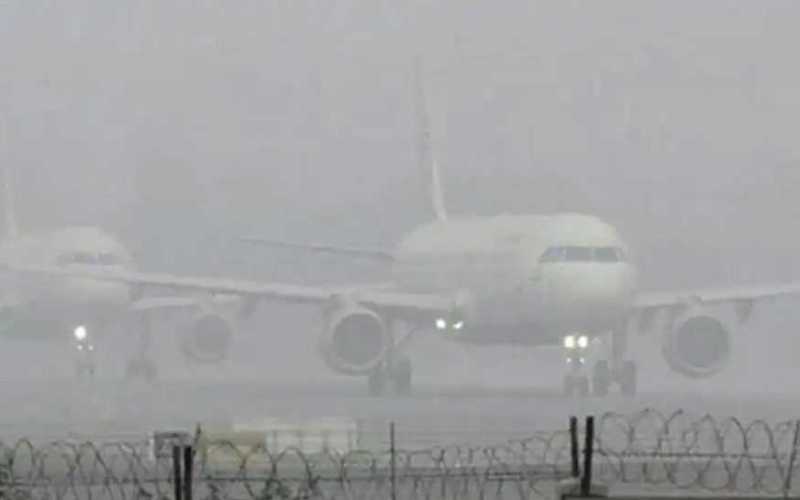 Flight operations were hit on the fourth consecutive day on Monday at Srinagar airport due to dense fog, officials said.

“All the flights from and to the airport have been cancelled as the landing of flights cannot take place amidst fog,” officials at the airport said.

He said that during the past three days, about 60 flights had been cancelled at the airport due to poor visibility.

The cancellation of flight operations has affected the travel plans of thousands of passengers.

Meteorological department officials said the maximum temperature in the Srinagar city settled at minus 2.9 degrees Celsius.

The ski-resort of Gulmarg in north Kashmir recorded a minimum temperature of minus 4.2 degree Celsius.

Kashmir Life quoted Director Metrological Department, Sonam Lotus as saying that we are expecting improvement in the visibility across Kashmir from Tuesday.

The Meteorological department has forecast widespread to moderate snowfall and rains in J&K and Kargil district of Ladakh from December 11 to 13.

Duty of every Kashmiri to remain steadfast, follow every JRL program: JRL