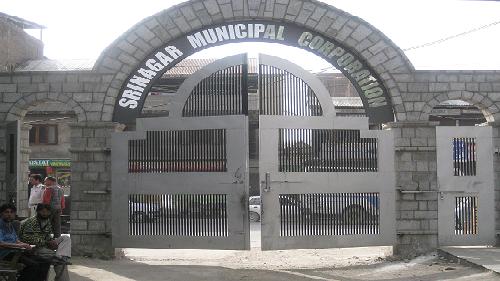 Council to decide fate of Imran, likely to be held this week

According to the wire service— Chief Coordinator from Congress party, Aijaz Ahmad said that the Corporators here have submitted ‘No Confidence Motion’ against Deputy Mayor.

He said that 47 Corporators from Peoples Conference (PC), Congress and Independents forged grand alliance and submitted No Confidence Motion against Sheikh Imran, adding that the corporators unanimously decided to support the incumbent Mayor Junaid Azim Mattoo in the motion.

The no confidence motion was submitted before Secretary Council SMC. The Corporators who submitted no motion confidence against Deputy Mayor include 23 Corporators from Peoples Conference (PC), 17 from Congress and some independents.

Pertinently, PC had only 15 Corporators, but after the Municipal polls were held, more Corporators joined them, taking the number of Corporators with PC to 23.

Banday further informed that the decision in this regard will be taken in a council, which will be called by the incumbent Mayor Junaid Azim Mattoo. He added that the council would likely be held in the coming days. (KNO)

Don’t talk like separatists, you are leaders: Guv to mainstream parties