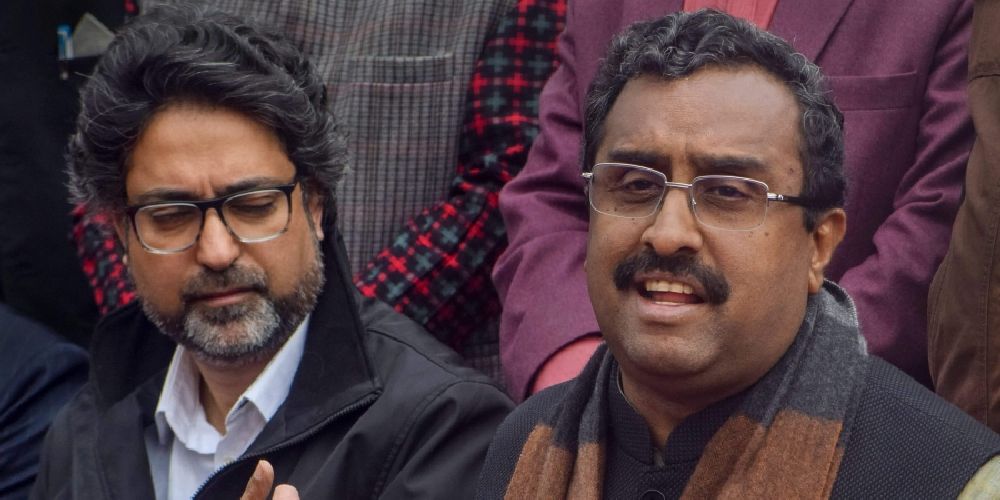 Madhav said the BJP was in favour of ending all the restrictions in the region. “The BJP is in favour of granting statehood to the J&K as early as the conditions permit. Rights of local people will be preserved in the region,” the BJP leader said on Friday.

The BJP leader maintained that there were only 30 to 32 prominent political leaders who are under preventive detention now in the Union territory. He said they too would be released “in a phased manner” to pave a way “for the restoration of full political activity” in the UT as per the BJP and Centre’s commitment to it.

“The whole region of Jammu and Kashmir has remained peaceful in these five months, reducing civilian causalities to almost nil. There also lesser incidents of stone-pelting this year giving an impression of a modified mindset of the youth,” he claimed.
Madhav said many delegations met him in Kashmir comprising of youth and prominent persons. “All were hopeful of bright future ahead and wanted to contribute in the formation of greater Jammu & Kashmir,” he added.

“I also witnessed a football camp which gave the impression that the youth of Kashmir want to excel in sports and we will certainly work to fulfil those aspirations. Around 99 per cent of students appeared in recently held examinations, while earlier many echoed their voice for postponing the exams, which could have resulted in the wastage of one academic year,” Madhav added.

On a question on the proposed delimitation in the UT, he said it would be taken up soon after the formation of a committee for the purpose by the ministry of home affairs early next year.

Earlier Jammu and Kashmir government had ruled out having any proposal to implement Article 371 in Jammu and Kashmir, political parties in the region say the BJP government itself is coming up with such proposals and at the same time it is denying them.

Danish Kaneria Wouldn’t Have Played 10 Years For Pakistan If There Was Bias: Javed Miandad

5 labourers electrocuted, one dead in Anantnag