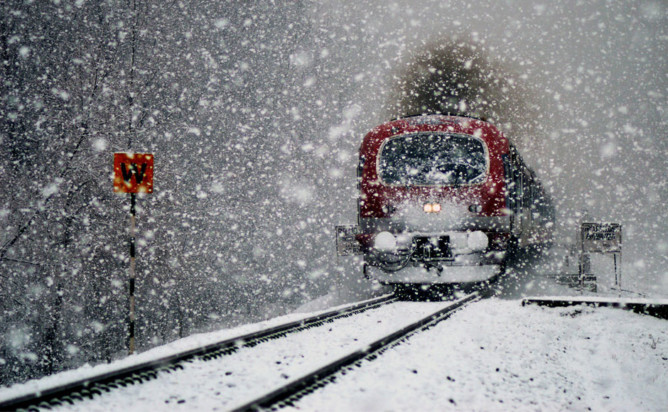 Srinagar, Jan 4 (PTI) Many parts of Kashmir received fresh light snowfall on Saturday, leading to an increase in the minimum temperature which brought some relief to the people from the intense cold conditions, the meteorological department said.

A MeT official said the weather would remain generally cloudy in Jammu and Kashmir, and Ladakh Union territories on Saturday with chances of light rain or snow.

“Light snowfall of two to five inches occurred at many places of Kashmir, hilly areas of Jammu and on the higher reaches of Ladakh,” he said.

The official said the weather would remain generally cloudy in both the Union territories on Saturday.

“A spell of widespread light to moderate snowfall is likely to occur during January 6 to 7 evening,” he said.

The official said the fresh snowfall brought some relief to the residents in the Valley from the intense cold conditions as the night temperature showed improvement.

Srinagar city recorded a low of minus 0.1 degree Celsius Friday night over three degrees up from minus 3.7 degrees Celsius the previous night.

The official said the ski-resort of Gulmarg in north Kashmir recorded a low of minus 6.5 degrees Celsius two degrees up from the previous night.

The night temperature at Pahalgam resort, which also serves as one of the base camps for the annual Amarnath yatra in south Kashmir, settled at a low of minus 2.5 degrees Celsius over seven degrees up from minus 10.0 degrees Celsius Thursday night, he said.

The official said Qazigund the gateway town to the valley – in south Kashmir recorded a low of minus 0.6 degree Celsius up over six degrees from the previous night’s minus 7.0 degrees Celsius.

Kokernag town, also in south, recorded a low of minus 2.1 degrees Celsius, while Kupwara, in north, registered the minimum temperature at 0.8 degree Celsius, the official said.

The mercury in Leh in Ladakh settled at a low of minus 18.3 degrees Celsius, he said.

Kashmir is currently under the grip of ‘Chillai-Kalan’ – the 40-day harshest period of winter when the chances of snowfall are most frequent and maximum and minimum temperatures drop considerably.

Farooq Abdullah calls for restoration of statehood to Jammu and Kashmir, pins hopes on SC

MEA taking care of such things, says LG on NC, PDP’s demand over dialogue with Pak