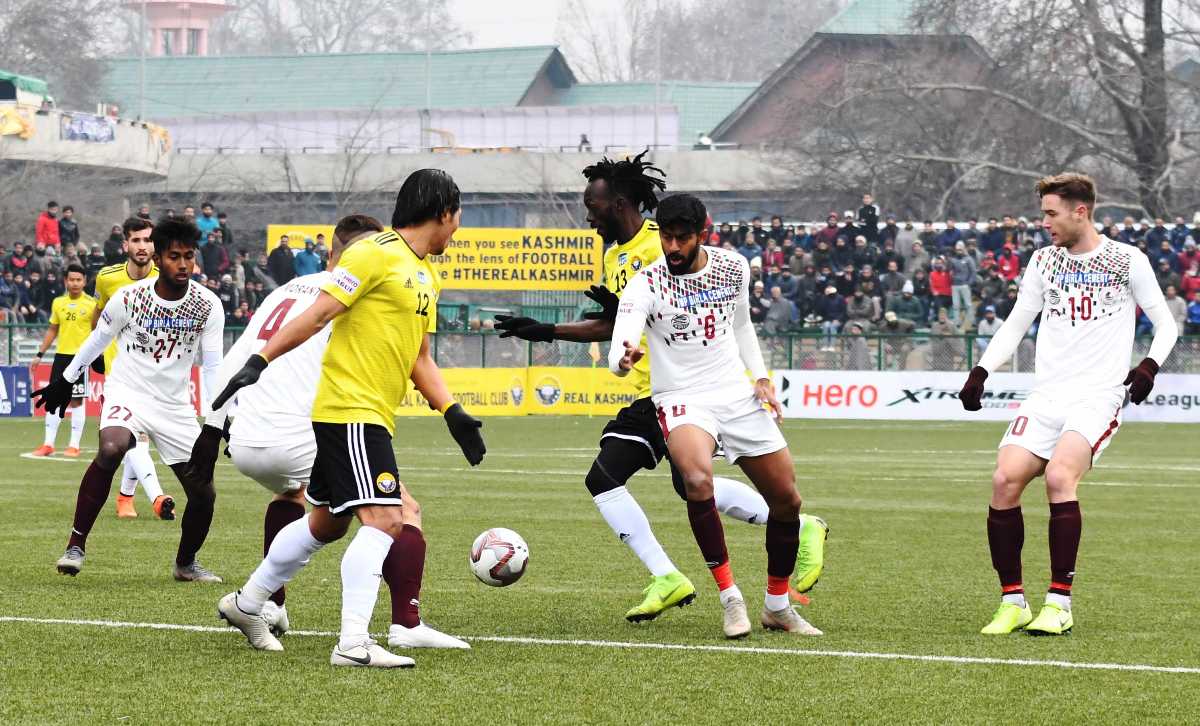 The match remained goalless until late into the game. With less than 20 minutes left on the clock, it was the fan favourite Joseba Beitia who struck first, giving Mohun Bagan a hard-to-earn lead. Just a minute later, before the Real Kashmir defence had regained their composure, Britto set up Nongdomba Naorem to knock in a second one.

The win took Mohun Bagan to the top with 10 points from 5 matches; but they are at risk of being overtaken by Churchill Brothers who are on 9 points from 4 games.

The stadium was jam-packed as usual. They supported both the teams. But some of the watchers said the Mohun Bagan played well.

After BSNL , SMS restored on Jio, Airtel in Kashmir

Regularization of Falah-e-Aam Trust Teachers: Is Education Department above Court?