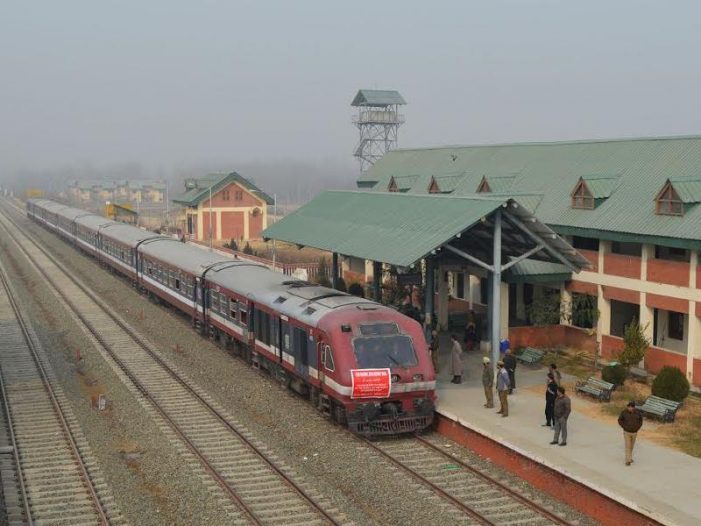 Srinagar, Jan 09 : The continuous internet suspension in the Valley has tripled the rush of passengers in Kashmir’s train services that chugs from Baramulla to Banihal regularly.

According to the wire service—, witnesses said that the train in Kashmir is accommodating three times more amid the continuous internet services in Kashmir.

Witnesses said that the people from Kashmir via train reach Banihal where nearly a dozen internet cafes are functional. “The people including businessmen and students visit Banihal via train and return home after using the internet services.

The rush of people in internet cafes there remain all-time high, which increased after the resumption of train services in Kashmir. The train services in Kashmir remained suspended for more than three months due to security reasons since August 5, when the government in centre abrogated the special status of Jammu and Kashmir (Article 370) and bifurcated the erstwhile State into two Union Territories—Jammu & Kashmir and Ladakh.

An official in the Railway told

that the rush of passengers has increased manifold following the resumption of train services in Kashmir post August 5. “We are witnessing a huge number of passengers on regular basis here. Even the intake capacity is twice less than what train accommodates regularly,” he said. (KNO)

Govt to rope in religious heads for strict lockdown