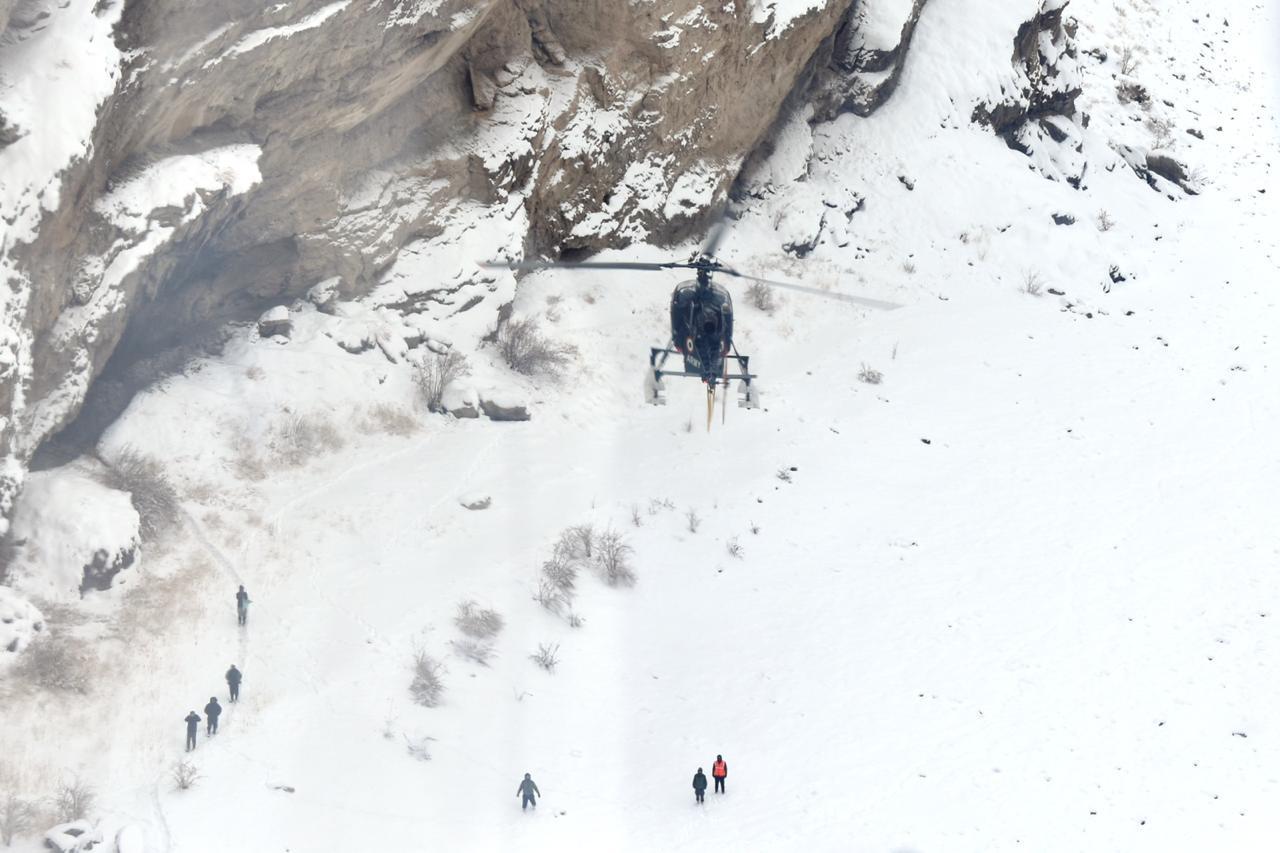 Srinagar: Tuesday, 14 January 2020 . Multiple Search & Rescue columns of the Fire & Fury Corps were launched to rescue a group of tourists who were stranded in bad weather while undertaking the annual ‘Chaddar Trek’ on the frozen Zanskar River in Ladakh . Responding swiftly to request received from the UT administration, columns were launched from two directions to reach the tourists who were stuck at Niraq Village along the Zanskar River. Helicopters of the Army Aviation were also pressed into service for the purpose.

​Despite the inclement weather and narrow valleys of the Zanskar River, helicopters of the Army Aviation managed to land at a makeshift helipad in Niraq and inducted a column of Army personnel to coordinate the rescue operations. An Army Medical Officer was also inducted to provide immediate medical aid to the tourists. Medicines, emergency rations and warm clothing was also inducted by the helicopters.

​Six seriously ill tourists who were suffering from effects of frostbite and High Altitude Pulmonary Odema (HAPO) were evacuated by the helicopters to the Army medical facility in Leh.

​Chaddar Trek is an annual winter event in Ladakh popular amongst tourists wherein trek is undertaken on the frozen Zanskar River over a period of 4-5 days, with staging halts in between.