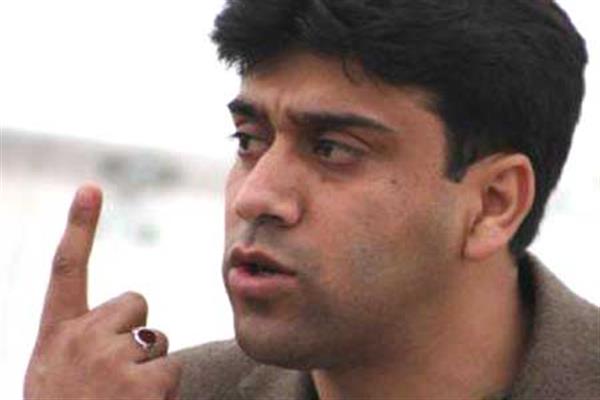 ‘We are not a gullible lot’

SRINAGAR, January 18: Ridiculing the allegations leveled by the former Chief Minister Ghulam Nabi Azad, former Congress legislator Shoaib Nabi Lone on Saturday said that there is not even an iota of coercion, threatening or any sort of allurement behind joining hands with Mr. Altaf Bukhari for raising the voice of people of Jammu & Kashmir.

Lone observed that Mr. Altaf Bukhari is not in power or at any position in the establishment that he will use the state machinery or any other tools to pressurize the Congress leaders who have willingly decided to strengthen his resolve.

“I and some of my colleagues in Congress party have decided to call a spade a spade. Besides that, we are not a gullible lot that somebody will show us lollipops or extend any other offers for which we will barter our conscience,” Lone remarked adding that his and Mr. Bukhari’s efforts are to alleviate the sufferings caused to the people of Jammu & Kashmir since August 5, 2019.

The former Congress Legislator said that it is very unfortunate that Mr. Azad has brandished his colleagues in the Congress as politically naïve and incapacitated to take any decision that aims at addressing the miseries of their people. “We were neither offered any facilities nor have we done anything wrong that we will be threatened of implication in fabricated cases, but it is our conscious decision to work together for safeguarding the socio-economic and political interests of our people”.