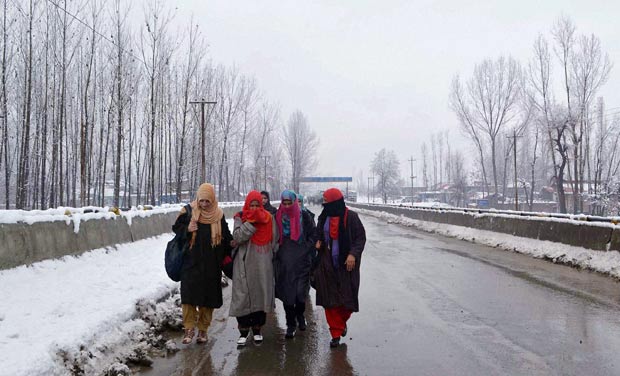 Srinagar, Feb 23: The Group of ministers constituted by the Prime Minister led government has finalized the plan of development and Job creation for the union territory of Jammu and Kashmir.

The government had formed a Group of Ministers (GoM) to prepare blueprint of development and Job creation for Union territory of Jammu and Kashmir.

One of the top officials in the Modi government said that the group met several times to discuss the development of Kashmir and its youth. “Yes the group of ministers has already presented its blueprint to the government regarding the overall development of the Jammu and Kashmir.

Besides they have suggested a slew of programmes aimed at boosting employment avenues for young people in Jammu and Kashmir,” the official said wished not to be named.

Sources said that the group was asked to prepare a proposal on how Law Ministry Information Technology Ministry, Social Justice and Empowerment Ministry, Agriculture & Farmers Welfare Ministry, Ministry of Rural Development along with Petroleum & Natural Gas Ministry and Steel Ministry can contribute towards J&K’s development.

Sources said that the skill development of youth was one of the key focus areas of this group.

It is to be mention here that the central government has already announced a slew of programmes aimed at boosting employment avenues for young people in Jammu and Kashmir.

Union Minister for skill development and entrepreneurship has already said that they will help the youth of J&K to get more employment opportunities.

“There will be special focus on food processing, dairy farming, solar panel repair, tourism and retail, electronics and hardware. There is also a need to focus on traditional skills,” the minister had said.

Sources said that the Union government is endeavoring hard towards all round development of every part of the UT with emphasis on unreached areas.

“Prime Minister Narendra Modi is taking keen interest towards making sure that benefit of all development and welfare schemes could percolate to the downtrodden and deserving segments of the society in the Jammu and Kashmir,” sources maintained.

It is to mention here that the Centre plans to send a second batch of Union ministers to J&K as part of its outreach to the newly carved Union Territory.

Sources said that the dates of the visit could be announced soon after the end of the budget session of Parliament.

The second part of the budget session is scheduled to end on April 3.