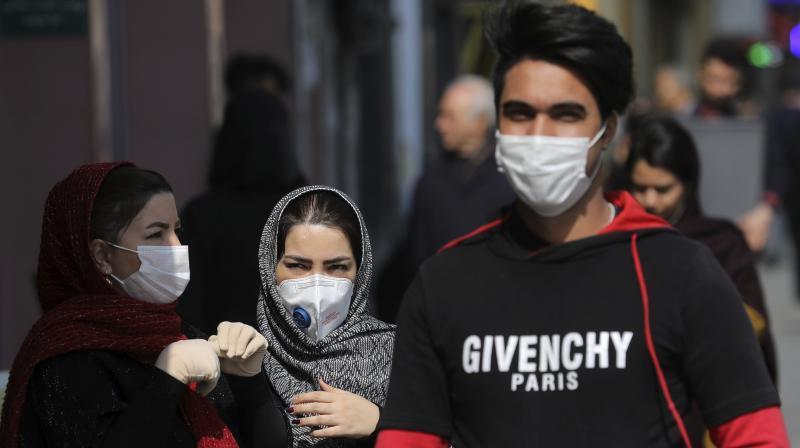 ‘Iranian doctors say none positive case, Indian embassy claims 16 out of 30 are positive, for God sake save us’

Srinagar, March 20 KINS) : At a time when the deadly Covid-19 takes entire world by a storm, an infant , a minor is among 30 Kashmiri pilgrims stuck in a hotel in Iran where they are in a huddle and of them 16 have been declared as positive cases of coronavirus by the Indian Embassy.

All 30 pilgrims are feeling frustrated as according to them none is coming to their rescue.

Talking to Kashmir Indepth News Service (KINS) over phone from Hotel Feroza Iran, one of the stuck pilgrims said that they had arrived Iran to visit shrines and other religious places, but got stuck due to fast spread of Coronavirus.

“We are in a huddle, all together 30 including an infant and a minor child,” said the pilgrims over phone, wishing not to be named.

He claimed that despite repeated requests and even protests registered by them in front of the Indian embassy Iran, nothing happened.

“Doctors from the Indian embassy claim that 16 of us are positive while doctors from Iran stated that none of us is positive. We are in a complete shock and despair left with the only option to appeal the Prime Minister Narendera Modi and Iranian government to evacuate us forthwith before we all die one by one in the hotel,” the pilgrim told KINS in a broken voice.

A pilgrim complained if husband of a woman is tested positive, how come he can continue to stay with his wife. “Doesn’t it look that we all have been left to die slowly. Even if one positive case is among us, that is risk for all of us. Why doesn’t the Indian embassy and the Iranian government understand the seriousness of the situation,” he said.

Meanwhile, prominent Shia leader and president of Itehadul Muslim, a premier body of Shia Muslims, Masroor Abbas Ansari said that they are really worried for over 240 pilgrims of which 200 belong to Ladakha and over 30 from Kashmir, who are stranded in Iran. “We are helpless at this juncture and can only make a fervent and hand-folded appeal to the Prime Minister Modi and Iranian government to evacuate all Kashmiri pilgrims forthwith especially the group of 30 including an infant and a minor child,” he told KINS over phone.

He said it is high time that the way stranded Kashmiri students were airlifted, similarly, the Government of India, especially Ministry of External Affairs (MEA) must chip-in and evacuate all the pilgrims for the sake of humanity.

Meanwhile the Indian embassy in Iran has said that it has set up a “wellness facility” in Qom to take care of the coronavirus-infected Indian pilgrims. On Wednesday, the government had said 255 Indians in Iran had tested positive for COVID-19.

The Indian embassy tweeted on Thursday, “In cooperation with #health authorities in Qom set up a wellness facility to take care of & undertake 24/7 supervision of infected Indian pilgrims. The hygienic facility, surrounded by greenery, has ample space for the pilgrims to walk around.”

In a written reply on Wednesday, the government told the Lok Sabha, “The Indian Embassies in respective countries are in touch with the Indian citizens regarding appropriate medical attention, in cooperation with local authorities.”(KINS)

J&K to have Dairy Cooperative scheme