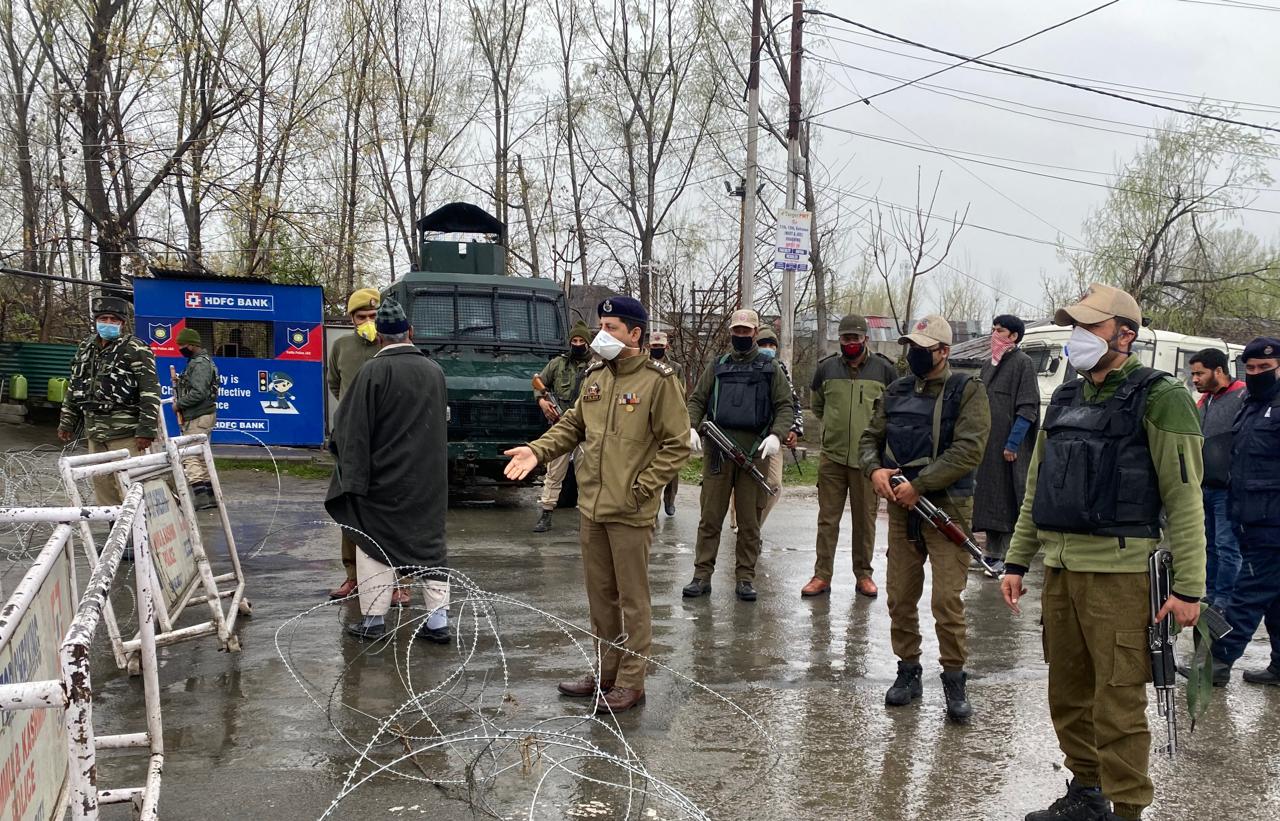 Srinagar, Mar 28 (KINS): The restrictions to curb the spread of the coronavirus continued in Kashmir on Saturday, even as police booked several people for defying the lockdown.

Police told KINS that officers in the jurisdiction of police station Nowgam arrested a shopkeeper for violating Government prohibitory orders. “A case FIR No.  34/2020 under relevant sections of law has been registered in Police Station Nowgam and investigation into the matter has been initiated” police said.

The Police also said that an FIR was lodged for similar reasons in Ganderbal. “Police along with Magistrate arrested a shopkeeper and sealed his shop for violating the Government prohibitory orders over COVID”-

Essential services, including health care personnel, have been exempted from the restrictions.

The district administrations have put in place a mechanism to ensure uninterrupted supplies and deliveries of essential services to the public. Essential commodities will be home-delivered to the residents as part of the mechanism.

The markets across the valley were shut and public transport was off the roads with only pharmacies and groceries allowed to open, the officials said.

Educational institutions have been closed, while all public places including gymnasiums, parks, clubs and restaurants were shut down more than a week before the nationwide lockdown announced by the prime minister.

The restrictions were first imposed in many parts of the valley.The measures were taken after a 67-year-old woman from the Khanyar area of the city, who had returned from Saudi Arabia on March 16 after performing Umrah, tested positive for COVID-19.(KINS)

Sacking employees on grounds of terror links only to cause more problems: Farooq Abdullah

Return for the sake of Allah: Khanyar youth’s mother appeals ISJK to go back home