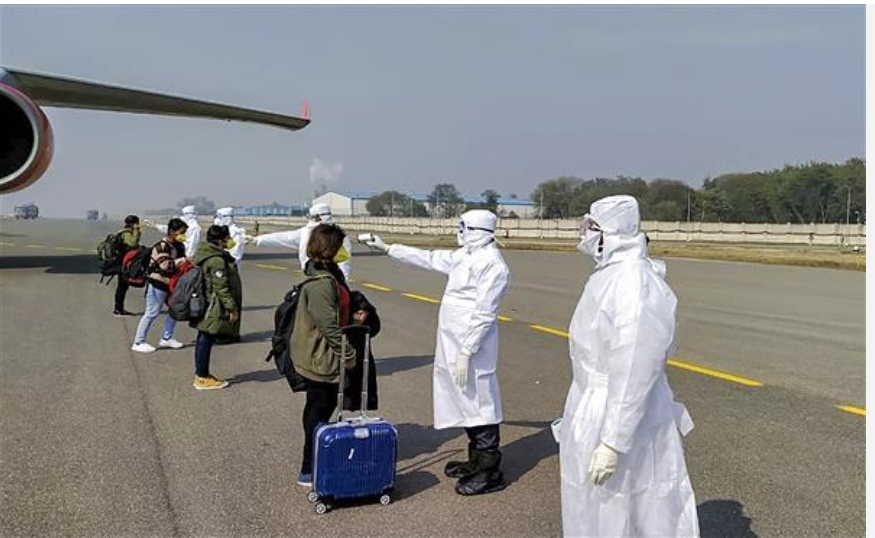 Srinagar, March 30 (KINS): First batch of students who had completed incubation period of 14 day in quarantine were allowed to go their homes on Monday.

Hundreds of Kashmiris especially students with recent travel histories to outside countries were put under quarantine in various hotels in Srinagar and in other districts.

On Monday, around 80 people most of them students who were quarantined at a hotel on Boulevard were allowed to go home.

He said spaces opening up after the students are allowed to proceed to their homes will be sanitized and reused.

Similarly, people who completed incubation period in other districts were also allowed to go home on Monday.

As a precautionary measure to limit the spread of coronavirus, hundreds of travelers, including students, who arrived Kashmir from other countries, primarily from Bangladesh, were isolated soon upon their arrival and then shifted to the quarantine facilities.

Under the plan, the administration had requisitioned over 65 well-equipped hotels and government accommodations as quarantine facilities in Srinagar.(KINS)