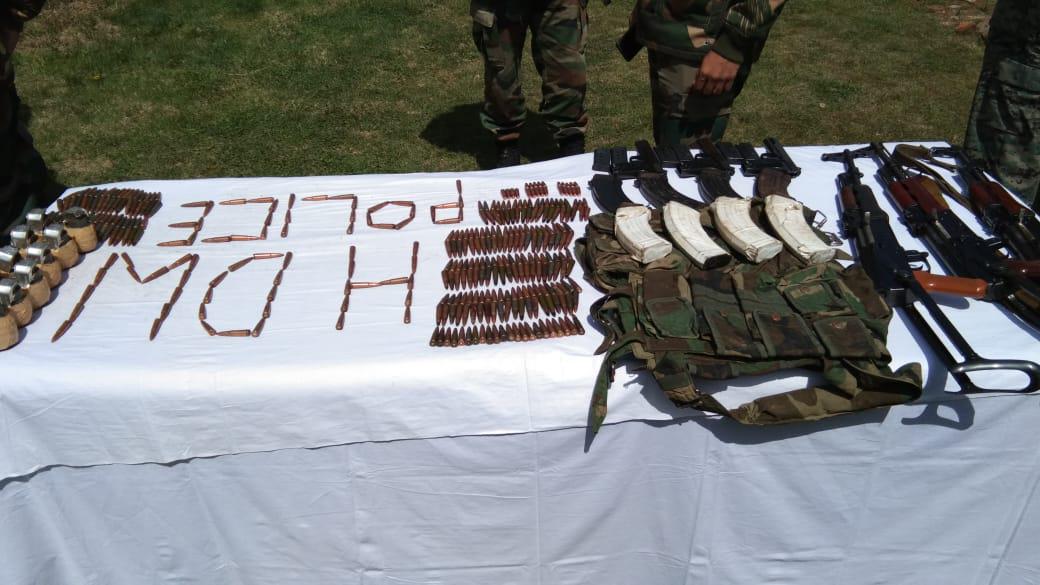 Case FIR No. 104/2020 under relevant sections of law has been registered in Police Station Handwara. Further investigation into the matter is in progress.

In Sopore, Police along with Army and CRPF arrested two terrorist associates at Sadiq Colony Sopore. They have been identified as Waseem Ahmad Gojri resident of Sadiq Colony Sopore and Junaid Rashid Ganie resident of Noorbagh Sopore. Incriminating materials including arms and ammunition were recovered from their possession. They were linked to proscribed terror outfit LeT.

Case FIR No. 61/2020 under relevant sections of law has been registered in Police Station Sopore in this regard and further investigation into the case has been initiated.“`

Body of missing Tourist guide fished out from Lidder

Lt Governor launches MIS-2020 for Apple at Horticulture Complex
No agriculture land in J&K to be alienated to non-residents of the UT: LG