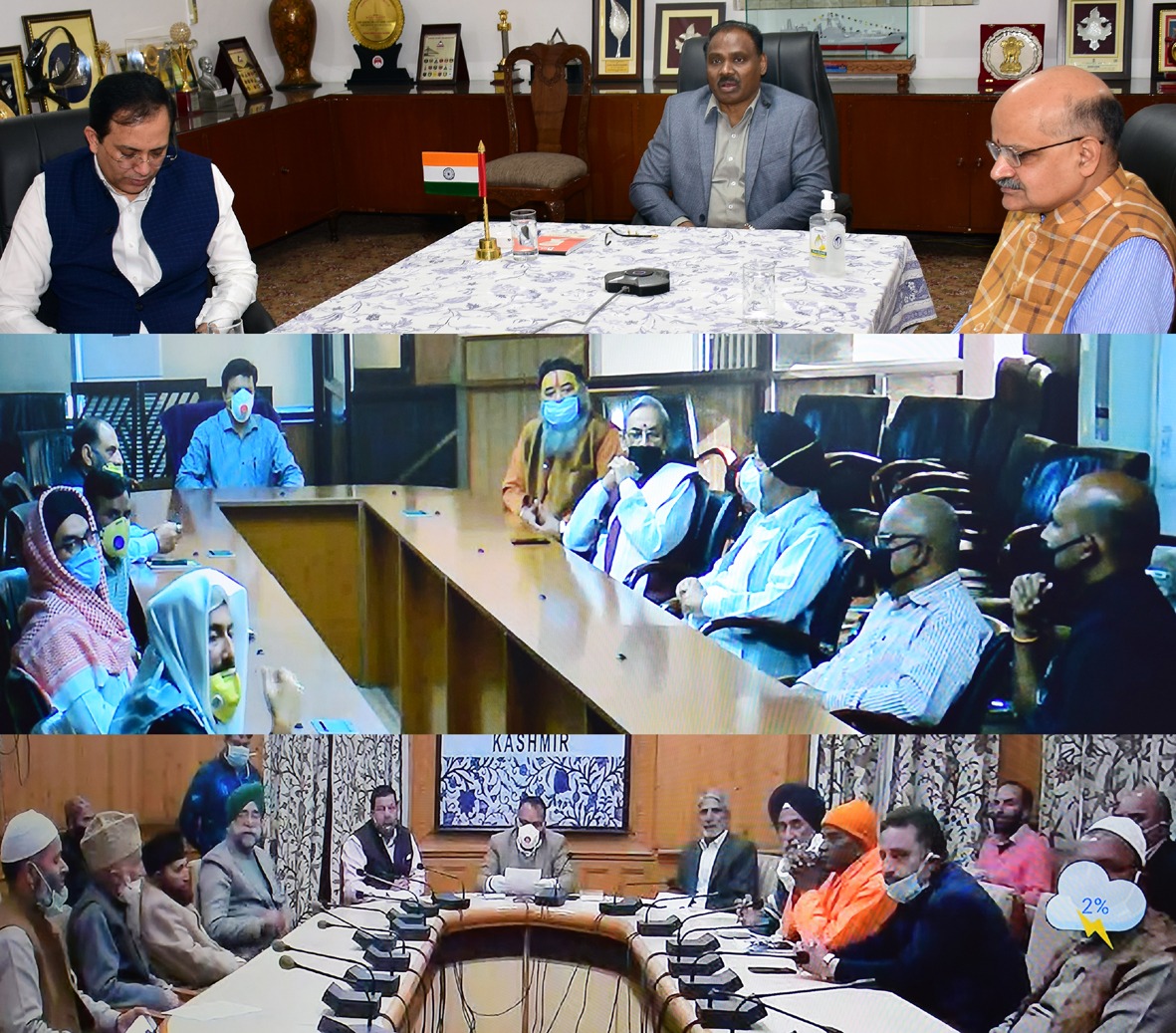 JAMMU, APRIL 04: Lieutenant Governor, Girish Chandra Murmu today interacted with leaders and heads of various religious groups and organizations of different faiths through video conferencing and asked them to advise their followers against holding any congregations and spread awareness about observing social distancing norms to prevent the transmission of COVID-19.

The Lt Governor observed that the Government alone cannot fight the emerging situation unless public participates and cooperates with the government in its efforts to prevent and contain this pandemic. “Religious and spiritual leaders have a crucial role to play in order to bring about a conscientious behavioral change with regard to the importance of maintaining personal hygiene and social distancing”, he added.
He advised them to utilize the potent media tools like social media, print and electronic media to spread awareness messages regarding importance of social distancing and adherence of guidelines and advisories related to the prevention of the COVID-19. He said the Government would also rope in the religious leaders for message to the people, besides the routine official announcements regarding various advisories and other aspects.
The Lt Governor urged the religious leaders to appeal to their followers to voluntarily report their travel history and participation in the religious congregation held in Delhi, and adopt the practice of ‘Stay at Home-Pray at Home’ during the upcoming festival season.
The Lt Governor observed that Coordination Committees have been formed at all levels and PRIs and ULB functionaries are involved for generating awareness and mobilizing the relief efforts.
The religious leaders assured their full support to the UT Administration in the efforts to combat COVID-19 and unanimously resolved against the social gathering. They said that all the religious places have been closed to avoid any mass gathering.
Important issues like home delivery of essential commodities in vulnerable areas and reaching out the people of rural and far off areas were also discussed during the interaction.
The Lt Governor assured the participants that the government would leave no stone unturned to reach out to the last person, and sought the public cooperation for better results in the fight against the deadly virus.

Man Electrocuted To Death In Poonch

One more test positive for coronavirus in Ladakh