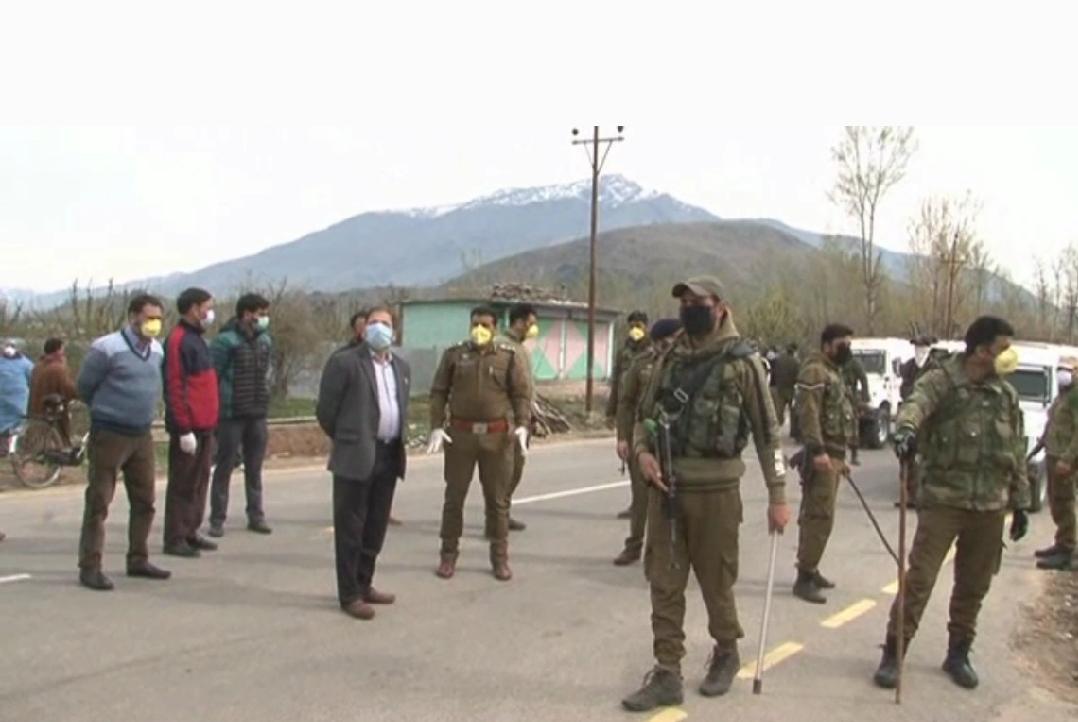 Restrictions on the movement and assembly of people in Kashmir to contain the spread of coronavirus were tightened on Sunday – a day after 16 cases – the highest increase in a single day — were detected in the valley, the officials said reported PTI.

Security forces sealed off the main roads in the valley and erected barriers at several places to check the unwanted movement of the people and to enforce the lockdown, the officials said.

The markets across the valley were shut and public transport was off the roads with only pharmacies and groceries allowed to open, they added.

Educational institutions across Kashmir have been closed, while all public places including gymnasiums, parks, clubs and restaurants have been shut down more than a week before the nationwide lock down announced by the Prime Minister.

While the Prime Minister announced the country-wide lockdown on the evening of March 24, the union territory administration here had on March 22 announced a lockdown across Jammu and Kashmir till 31 March as part of its efforts to curb the spread of the coronavirus. The administration said essential services including healthcare personnel have been exempted from the restrictions.

Restrictions were first imposed in many parts of the valley on March 19 to contain the spread of the virus infection. The measures were taken after a 67-year-old woman from Khanyar area of the city, who had returned on 16 March from Saudi Arabia after performing Umrah, tested positive for COVID-19 infection.

Two patients have died, while three others have recovered from the disease.