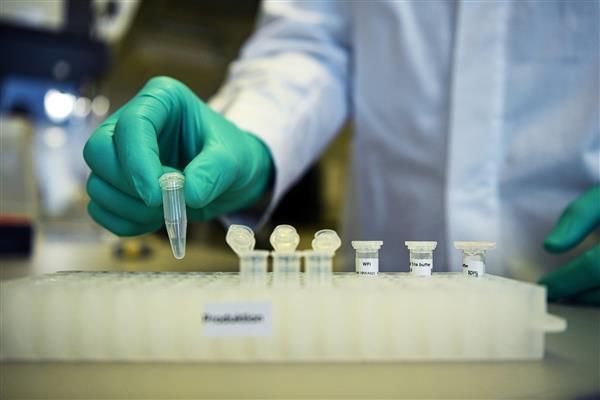 Srinagar, Apr 12 (KINS): When Covid-19 pandemic is holding tight grip on Jammu and  Kashmir and rest of the world, Principal secretary and Government spokesman Rohit Kansal and Deputy commissioner Srinagar Shahid Chaudhary  has earned fame and name they had ever before in the general public.

Kansal is Principal Secretary in the government’s planning and information department but ever since he was given the role of government’s spokesman he came more into limelight for sharing government information face to face with media.

“Kansal tweets every day about the number of positive Covid-19 cases in J&K. His twitter handle has crossed the one’s expected number of followers. He is the only person whose tweets are considered as “right from the horse’s mouth.” one of the government officials told KINS.

“For his tweets, there is no need to confirmations any more. But apart from his role of putting the exact and correct information into the public domain, he does some good work silently,” the official maintained.

Sources told KINS that a positive Covid- 19 patient admitted here in one of the hospitals called him on Saturday evening expressing concern over the lack of arrangements and to the surprise of many, within barely an hour, Kansal redressed the issue by asking the concerned to take up steps and put things right.

With all eyes on Kansal these days, he is of a jolly nature too as his twitter account suggests that he even responded to a song shared by one of the twitter user on restoration of 4 G services. Kansal is acting like a true solider in the fight against pandemic.

Facing the challenge in his own style is another warrior—Deputy Commissioner Srinagar Shahid Iqbal Chaudhary who is on the frontline of the fight against the Covid-19 pandemic.

From managing medicines including lifesaving drugs to the needy, poor, diabetic and cancer patients, Dr Shahid is playing every bit to ensure there is a robust contact tracing in Srinagar district so that there is no further spread of the pandemic.

He also ensures that all entry and exit points in Srinagar’s read zones are sealed and there is no movement. He is employing all the innovative means to contain the spread of Covid-19.

Of late, he has sought media’s support in spreading correct information and carrying reports about how dangerous concealing the travel history can be.

A source close to Dr Shahid told KINS that the DC sleeps at 2 in the night and at times he doesn’t sleep at all given the amount of pressure and work he is facing. He has been praised by none other than Minister of State in the Prime Minister Narendera Modi’s office, Dr Jitender Singh, who responded to one of the tweets by Dr Shahid, by writing: “keep it up.”