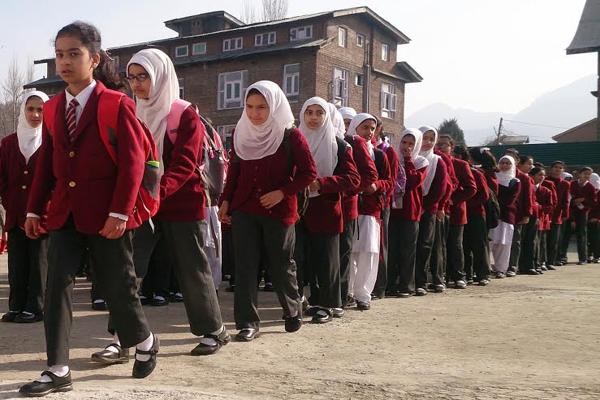 Srinagar, Apr 17 (KINS): The Jammu and Kashmir Education Department is all set to crack a whip on its Clerical staff, who are “overstaying” in the department.

Top sources told news agency KINS that the issue recently came up for discussion at the highest level and it was decided to do away with this practice to minimize the chances of corrupt practices in the department.

Sources said that explicit directions has been issued to all HODs in the department to rotate staff from sensitive to non-sensitive positions and ensure that no official overstays on a particular post without any compelling circumstances. “Specific instructions to be issued for rotation of clerical staff in the Directorate offices in the union territory,” sources said and claimed that the authorities have already started detailed exercise in this regard.

The government policy about tenure of posting states that the minimum tenure for a Government employee on a post shall be two years and a maximum of three years.  “The Government can order transfer of employee even before the completion of minimum tenure if it is not in public interest or in the interest of the administration to allow the employee to continue on a post for a full term”, read the policy.

Meanwhile sources told KINS that Principal Secretary School Education, Dr Asgar Hassan Samoon has already directed the HODs to scrutinize the list of overstaying officials. “No doubt there may be certain cases where continuation of some officers/ officials on particular posts for unspecified period was imperative due to compelling circumstances/ technical grounds but this practice cannot be allowed to persist as the same amounts to giving sufficient chances for the misdoings,” the department has observed.

Sources said that the department is also of the opinion that by allowing certain officials to handle the particular task for prolonged period leads to dependence of the department on such employees and make them indispensable, which further leads to chances of corrupt practices.

Sources said that over the years several officials in the education department, right from the top, were misusing the transfer provisions.

In an another tweet he said “considerable number of 10+2 / higher secondary schools without principals; director schools Jammu and Kashmir may deploy them based on seniority, willingness and feasibility immediately” (KINS)

Sajjad Lone questions Abdullahs over their meeting with PM

Most people in India not comfortable travelling for at least a year: Survey