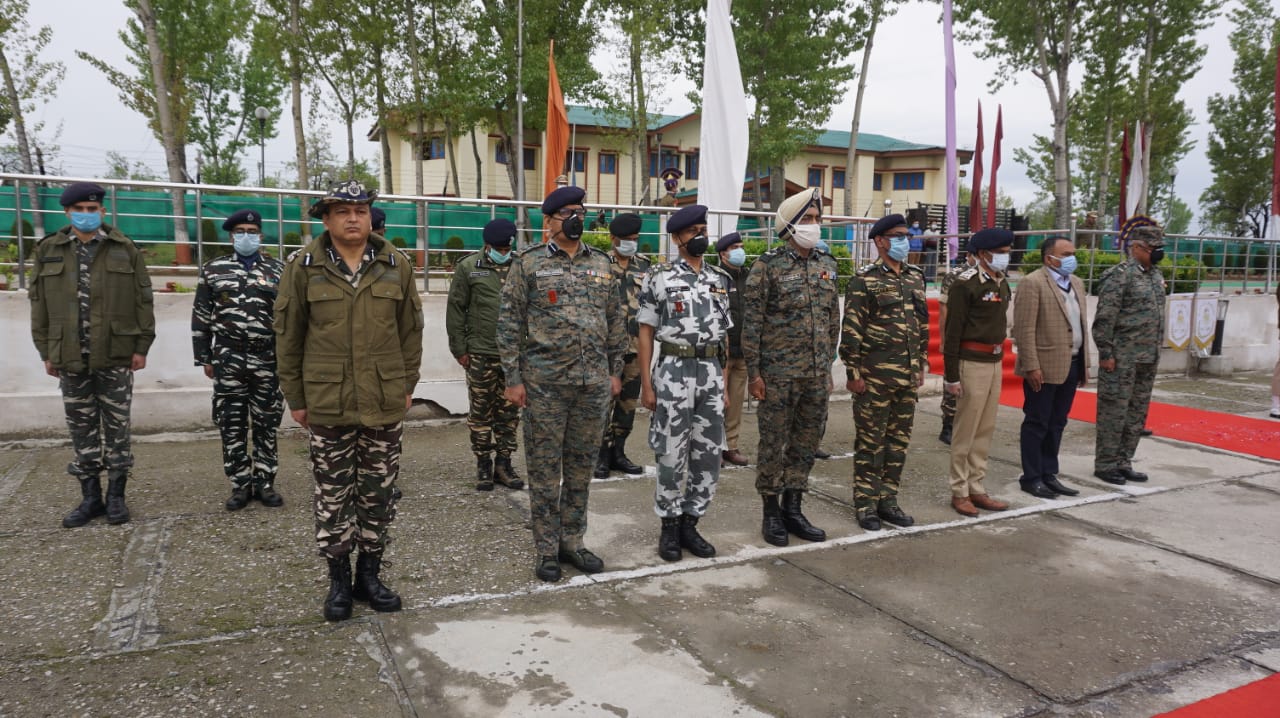 ‘Force capable of fighting Covid and militancy at a time’

Srinagar, Apr 19 : Inspector General of Central Reserve Police Force (CRPF) Rajesh Yadav on Sunday said that all security agencies are working the leads about the group responsible for Saturday’s attacked that left three CRPF men dead and revenge will be taken soon.

Talking to media persons on the side-lines of wreath laying ceremony at Humhama here, the IG CRPF Kashmir (for operations)  said that CRPF has been enforcing strict lockdown across Kashmir and yesterday, CRPF men of 179 battalion were on ground to the same job. “Lockdown is being enforced across Kashmir and our boys are busy in that besides fighting militancy. Yesterday, I along with the IGP Kashmir (Vijay Kumar) went to the site of incident at Sopore,” he said.

He said security agencies are working on some leads about those behind the attack, jointly and “very soon revenge will be taken.” “Those responsible for the attack will be taken to task soon,” the IG said.

To a query whether enforcing lockdown and fighting Covid-19 pandemic was affected the anti-militancy operations, the IG said that in the recent days many successful operations were conducted including one at Pulwama and Shopian as well. “These are our responsibilities and we are capable of dealing with our all responsibilities professionally,” he said.

Asked whether they have nailed the outfit behind the attack, the IG said that “security agencies are jointly working on the certain leads.” “As I said, there will be revenge soon,” he said, as per news agency.

He said the militancy has been going on in Kashmir for the past 30 years and all the security agencies including CRPF are dealing with it professionally.

It may be recalled that on Saturday evening, militants fired indiscriminately at the CRPF men of 179 battalion at Ahadbab crossing at Sopore in north Kashmir’s Baramulla district leaving three CRPF men including a Head Constable and two Constables dead and two others including a Head Constable and a Constable/driver injured. The injured duo is being treated at the 92-base hospital Srinagar, where there condition is stated as stable—(KNO)