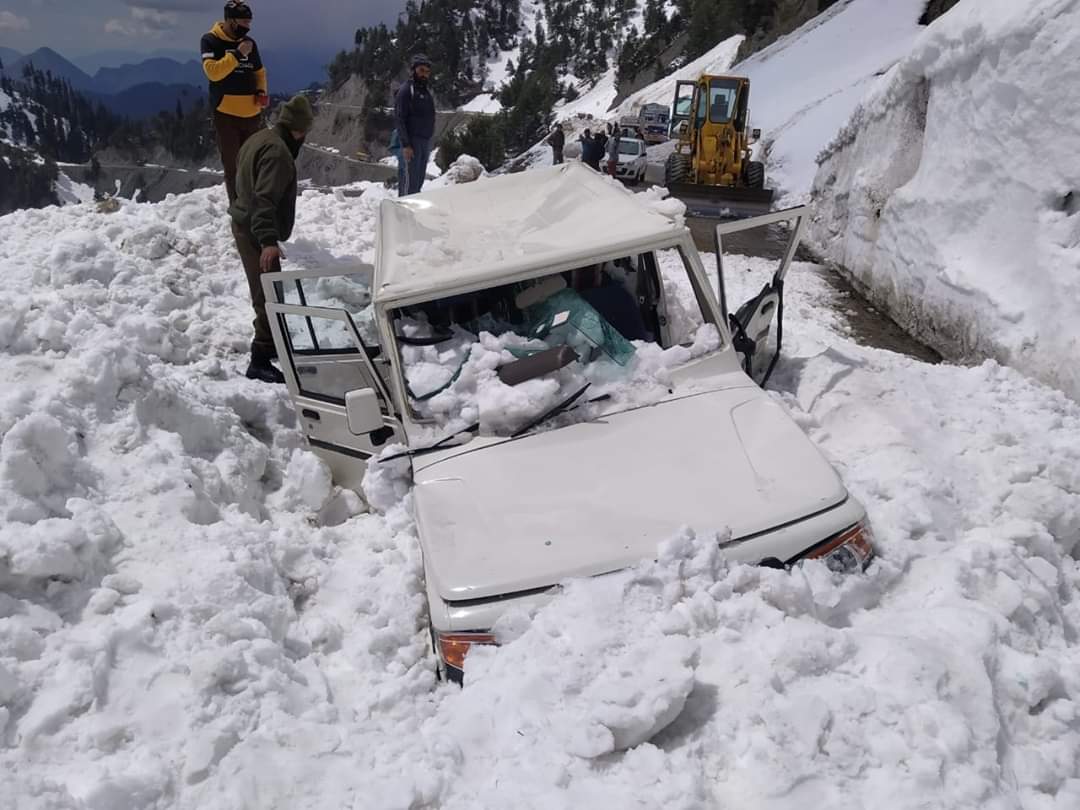 SRINAGAR, April 21: Sub District Magistrate Karnah, his PSO and the driver had a narrow escape today after the vehicle they were traveling in was hit by a snow avalanche at Sadhna Top.

An official told news agency KINS that SDM Karnah Bilal Mohidin Bhat was travelling along with his driver and PSO from Karnah to Kupwara.

“But their vehicle was hit by a snow avalanche. The Army rescued SDM , driver and his PSO. But his driver suffered injured who has been rushed to MI hospital for treatment,” the official said.

Having an elected state government constitutional right of people: NC