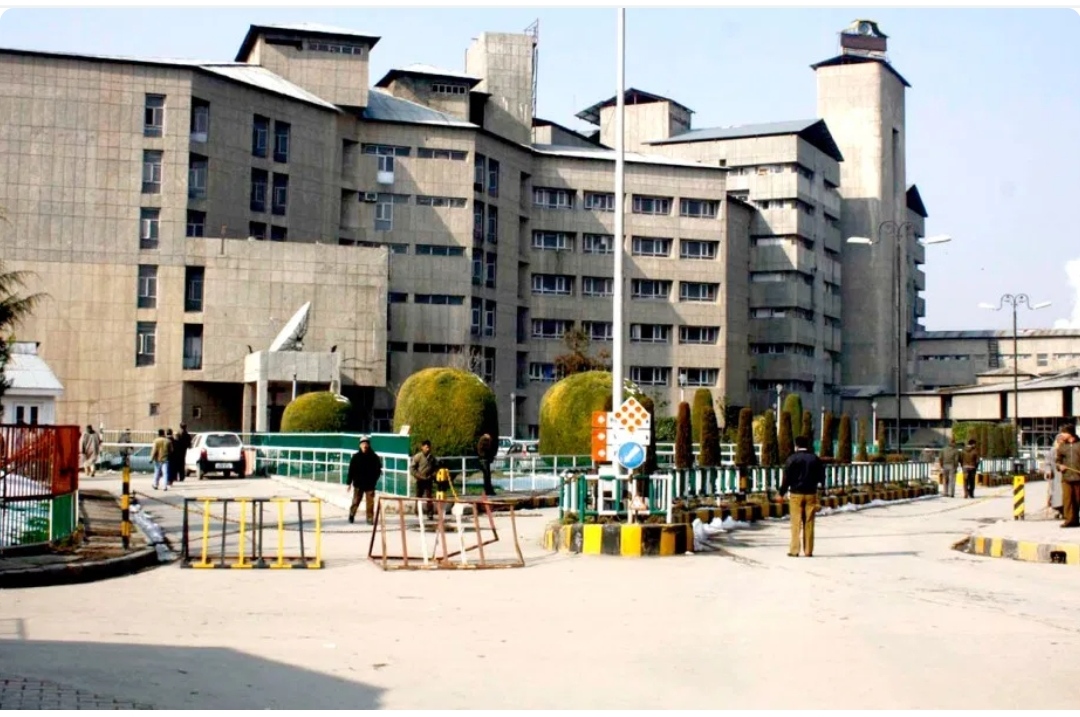 His statement comes after resident doctors of SKIMS Bemina wrote a letter to Director SKIMS Soura seeking reinstating of the said doctor. The junior doctor has said he was “terminated” for asking standard personal protection equipment (PPE).

“The resident has worked to the best of his capabilities during the COVID crisis. Residents have been demanding standard PPE from since the hospital was designated as COVID Hospital. We were not provided with the same PPEs as demonstrated before our duties. Their usage can expose us to high-risk infections,” the resident doctors letter reads.

“The false allegation made by the Principal against our resident is misleading and completely baseless. We strongly condemn his false statement. We the residents of SKIMS Medical College Bemina appeal you to consider our submission and revoke the relieving order,” it says.

“I first have to first verify the authenticity of the letter whether the signatories are real. Further this doctor was not terminated or suspended then how can he be reinstated. He was doing house job and was relieved after creating indiscipline and abused a senior doctor,” he told news agency KINS.

“He is making excuses that a COVID-19 patient’s blood has touched his body. This means he has got exposed, then why is he not quarantined,” he asked.

“Permanent employees or those on contract are being terminated. Junior resident is a house job of three to six-month tenure engagement,” he said.

He claimed that if junior resident does not comply with the norms and guidelines, the administration can relieve his tenure engagement which is three to six months or one year. “Any one causing hindrance in the delivery of health care to patients, action will be taken as indiscipline can be disastrous particularly in prevailing situation due to coronavirus pandemic as SKIMS Medical College Bemina is the largest COVID designated hospital in the UT,” he said.

Asked the doctor claimed action was taken after he asked for standard PPE, Dr Riyaz replied, “So far more than 400 staff has given duties since April 1 in this hospital.  Everyone is provided with proper PPE. He has abused a senior faculty on the quality of PPE kit which everyone is using. He is lying that he has apologized the senior doctor. This senior doctor has also lodged a complaint for abusing him.”

While the junior doctor in a letter to President Doctors Association Kashmir claims that despite the non-availability of standard PPE, he continued to discharge his duty in the COVID ward without taking into consideration the risk of acquiring this fatal infection.

“Despite repeated verbal and documented requests to administration, the doctors were not provided with standard PPEs. That on 17-04-20 after finishing my uninterrupted duty in COVID ward with substandard PPE, I asked the in-charge stores Dr. Imtiyaz Ahmad, Consultant Ophthalmology, to issue standard PPE. The said doctor responded in a harsh way which resulted in an argument,” he said in the letter.

He claimed he was repeatedly “harassed and threatened”. “That I will be terminated and sent behind the bars along with my family and subsequently relieving order was issued against me on 20-04-20,” he said.(KINS)

Newspapers to be printed blank on Sunday