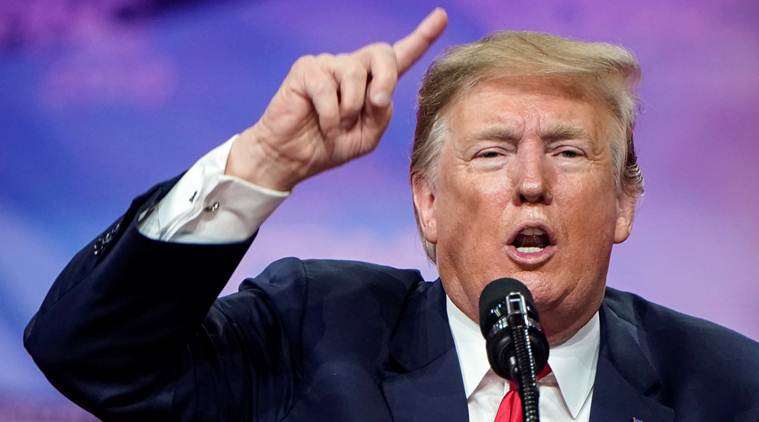 Washington: A fired American scientist has alleged that the Trump administration ignored the concern of doctors in the US over the importation of hydroxychloroquine from “uninspected factories” in India and Pakistan and flooded the country with the “unproven and potentially dangerous” anti-malarial drug.

In a complaint filed on Tuesday before the US Office of Special Counsel, which oversees the protection of whistleblowers, Rick Bright alleged that top officials of the Department of Health and Human Services (HHS) repeatedly ignored his messages and that of others over the Personal Protective Equipment (PPE) and medicines like hydroxychloroquine in particular.

When fired, Bright was the head of the Biomedical Advanced Research and Development Authority, a research agency within the HHS. He reported directly to Robert Kadlec, the assistant secretary of preparedness and response at the HHS.

“Dr Bright remained extremely concerned about the drug’s importation from Pakistan and India because the Food and Drug Administration (FDA) had not inspected the drugs or the factory that produced them,” the complaint said.

“In Dr Bright’s experience, drugs from uninspected factories can be contaminated or dosed improperly and this could obviously be dangerous to those who took the medication.

“Apparently unconcerned about this known danger, Dr Kadlec and others in the administration sought to ‘flood’ the marketplace with these drugs,” it alleged.

The Trump administration imported nearly five crore units of hydroxychloroquine which in March received Emergency Use Authorisation from the FDA.

The Trump administration, the complaint said, was not interested in hearing from Bright and his department or subject matter experts.

“Dr Bright and his team had apparently spent all their political capital in their effort to limit chloroquine and rushing into a potentially dangerous situation and that there was no one to help stop the push to ‘flood’ the country with this unproven and potentially dangerous drug,” the complaint said.

“He concluded that his only remaining avenue was to share his concern with the journalist who understood the specific issue and risks associated with these drugs and who had already gathered substantial information from multiple sources,” it added.

The complaint alleged that HHS Secretary Alex Azar’s directive to secure a Nationwide Expanded Access IND protocol for chloroquine, based on scant scientific evidence and on such a short time-frame, sent Bright and his colleagues scrambling.

The group expressed serious concern about a Nationwide Expanded Access IND protocol for chloroquine given the lack of clinical data available about its therapeutic benefits and concern about its potential safety risks, especially if administered without close physician supervision, it said.

Bright and his FDA colleagues were also concerned about the quality and potential toxicity of the chloroquine supplies produced and shipped in from facilities in India and Pakistan that were not approved by the FDA and therefore, not approved to be used in the US marketplace.

The HHS clinical and regulatory expert teams worked frantically for 48 hours without sleep to come up with a plan that would ensure the greatest level of safety for people who received this drug.

They discussed narrower options for the rollout, including a small pilot study, and established an inter-agency working group of clinical and regulatory experts to determine the safest way to make the unproven drug available without causing harm to the American public, the complaint said.

When fired earlier, Bright alleged that he was ousted because of his “insistence” that the government spend funds on “safe and scientifically-vetted solutions” to address the coronavirus crisis and not on “drugs, vaccines and other technologies that lack scientific merit”.

The coronavirus pandemic has killed over 70,000 people and infected more than 1.2 million in the US.

Commissioner Secretary I&C chairs meeting, Directs for clearance of outstanding payments to MSMEs, other suppliers by 15th of May