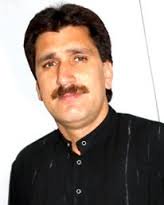 Srinagar, May 20 (KINS): Bhartiya Janta Party (J&K) spokesman Altaf Thakur today welcomed the new domicile rules announced by the Centre stating that there would be no disparity, nepotism and favoritism in government jobs and that all sorts of discrimination will vanish now.

Terming the new domicile laws as a historic step, Thakur in a statement issued to news agency KINS said that those deserving job benefits and were deprived since past so many decades will be able to apply while as Permanent Resident Certificate (PRCs) would be the main document.

Thakur claimed that what mainstream parties couldn’t do in the past 70 years, BJP led government at the Centre under the dynamic leadership of Prime Minister Narendera Modi did in just a few years. He said J&K women who would marry outside state were deprived of all rights and that the issue stands resolved for them once for all.

He said post abrogation of Article 370 and declaring J&K and Ladakh two separate Union Territories (UTs), domicile rules were need of the hour to end discrepancies in government jobs. Thakur said that primary job seekers will be the permanent residents of J&K and those spreading rumours that the job share of J&K youth has been sliced are once again playing petty politics to create confusion among the people, which BJP will not allow to happen.

The BJP leader said that the great level of patience shown by the West Pakistan Refugees (WPRs) over the past several years finally paid huge dividends. “The WPRs reposed a great trust and faith on the BJP government and finally were rewarded for the same. They are domiciles and can apply in any government job,” Thakur said. He said that a poor section of people in Jammu—safaikaramcharis, who were only used to clean the garbage, too have been covered under new domicile law, a step that needs to be hailed.

Lashing out at the J&K’s regional parties especially, National Conference and PDP for opposing the domicile rules, Thakur said that these parties befooled people for the past seven decades by promising them autonomy, self-rule and heavens, but on ground they filled their own coffers and left people in lurch. Today when BJP is taking historic steps, these parties are feeling the heat as they stand exposed before the people for their failures over the past seven decades. Thakur said that under the leadership of PM Modi, J&K will step into a big era of development and peace in the years ahead and will be a model UT in the country.(KINS)

Will put an end to militancy in Kashmir soon: DGP

Police held meeting with the families of police martyrs in Ganderbal