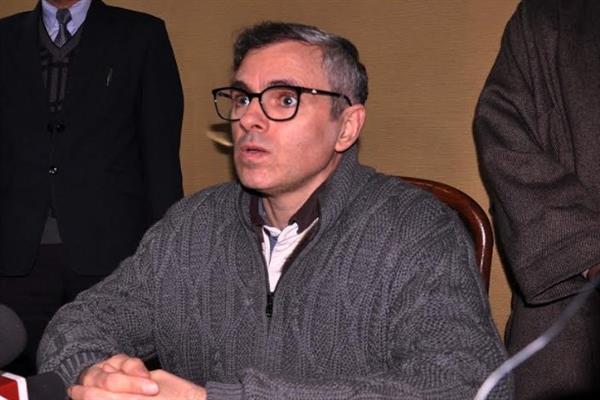 “Only naam ka satya not kaam ka. He never tires of lying. Lied to people of J&K before 5th August & lying now. Hiding behind walls of Raj Bhavan protected from defamation suits so feels emboldened to shoot his mouth off. Let him say all this when he is no longer governor & see,” Omar, the former chief minister said.

He was replying to Malik comments who claimed that after PM Narendra Modi had said that they will conduct elections in Jammu and Kashmir in 2018, he broke protocol and went to Omar Abdullah’s and Mehbooba Mufti’s residences asking them to participate in the polls.

“Ordinarily I wouldn’t have replied to his nonsensical drivel but then some people start believing he’s telling the truth, I learnt that the hard way with his rubbish, so now I don’t take any of his lies lying down,” Omar said, as per news agency KINS.

In September 2018, the PDP and National Conference boycotted urban local body and panchayat polls as the central government was not committing to safeguarding constitutional provisions for Jammu and Kashmir.

Was stopped and then detained by police, says Kashmir’s star footballer

DMA orders complete lockdown in Srinagar till May 31