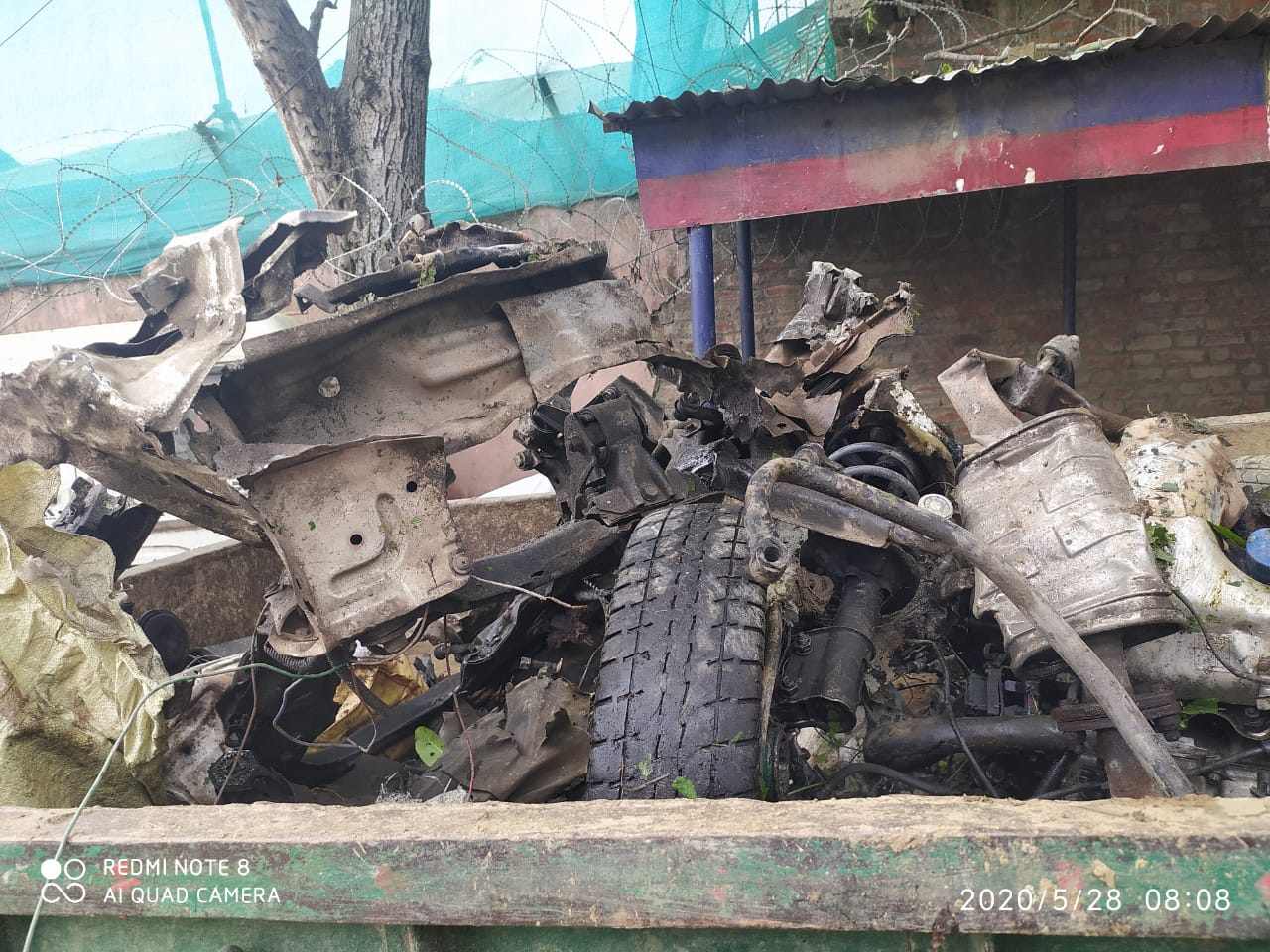 Srinagar, May 29: A day after averting a major militant attack on parallel lines with the fatal Lethopora blast last year, Police on Friday said it has identified the owner of the vehicle who happens to be an active militant of Hizb-ul-Mujahideen from Shopian district.

“The Santro car which was used for IED belongs to Hidayatullah Malik, an active Hizbul Mujahideen militant who is a resident of Sharatpora Shopian. He had joined militant ranks in July last year,” a senior police officer told news agency but wished not to be named.

Addressing reporters here on Thursday, Inspector General of Police Vijay Kumar said that a major incident of a “vehicle-borne IED blast”, akin to 2019-Lethpora type explosion, was averted by timely detection of the car fitted with “40-45 kilograms of explosives” in Rajpora area of southern Pulwama district.
He said the security agencies were getting inputs about a possible attack by the militants for some time.

“The police were receiving inputs since a week that HM and JeM militants were planning to launch a big suicidal strike against security forces using car bomb. When the input matured on Wednesday, we developed it and nakas were placed in Pulwama,” he said
In the evening on Wednesday last, he said, when the suspected car reached a naka, the joint team of forces fired some warning shots and the militant turned the car away and fled.

“At another naka, the forces again fired some warning shots and the militant fled from the spot, taking advantage of darkness, and left the car behind (near Ayengund). The forces used lights to check the vehicle from a distance after finding something suspicious.

We tightened the cordon and waited for the first light of the day,” he said, adding, “This (Thursday) morning, a bomb disposal squad reached the spot and saw the vehicle was laden with explosives.” The IED was later diffused in a technical way, he said.

Responding to a question whether the bid was like Lethopra attack in which at least 40 CRPF personnel were killed on February 14 last year, the top police officer of Kashmir responded in affirmative. “Definitely. He would have targeted any police or security forces vehicle.” (GNS)

Delimitation commission: NC will clear stand by evening, says Farooq Abdullah: I can’t be part of anything which we opposed before SC: Hasnian Masoodi

LG for ‘no significant’ posting to tainted government officials