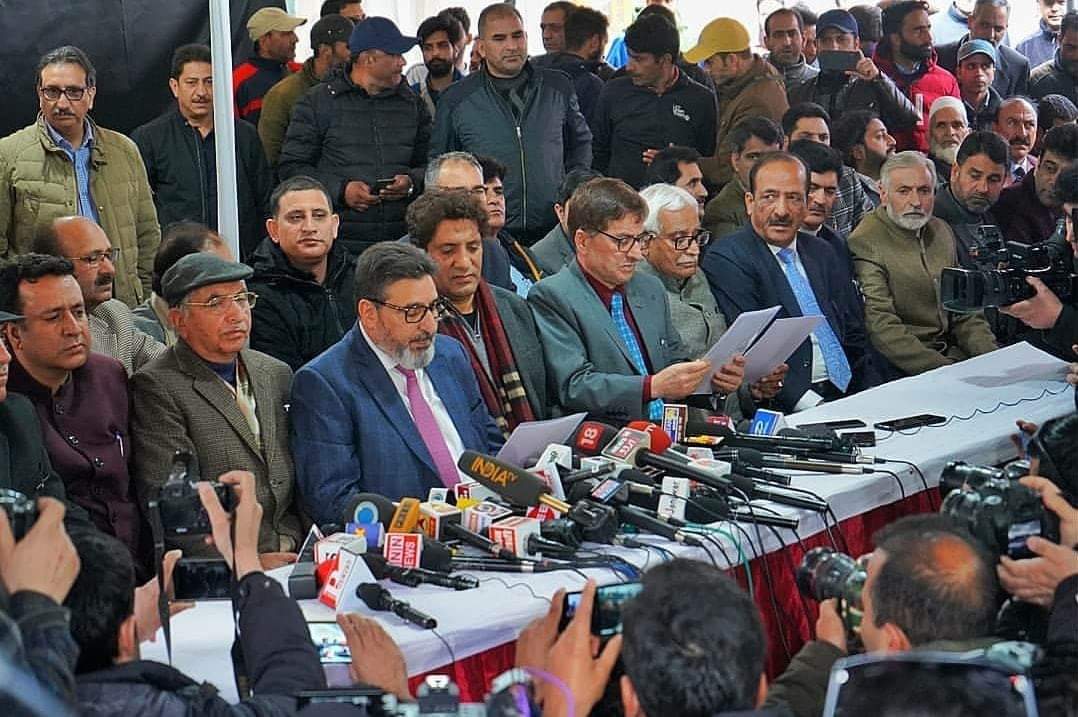 SRINAGAR, June 7: Jammu and Kashmir Apni Party (JKAP) leader and former minister Mohammad Ashraf Mir on Sunday expressed serious concern over the extensive damages caused by torrential rains, gusty winds and hailstorm across Kashmir valley and called for a comprehensive compensation to the affected families, farmers and orchardists in this regard.

In a statement issued here, Mir urged the government to go for immediate assessment of damages to horticulture and agriculture sectors and provide ex gratia relief to the farmers and fruit growers who have suffered immensely because of weather vagaries.

“The torrential rains and hailstorm have caused massive damage to the horticulture sector especially in North, South and Central Kashmir and where the farmers and orchardists have been hit the worst. The government must come forward and support the affected farmers and fruit growers without any delay,” demanded Mir.

He expressed grief and concern over the massive damages caused to households, fruits, standing crops because of devastating windstorms that struck across the valley particularly in Aishmuqam, Sallar, Budroo, Kokernag, Kullan, Kangan, Pahalgam, Khrew, Duggar Pora Baramulla, Nandimarg, Sedow Shopian and many parts in Kupwara, Bandipora Budgam and Ganderbal districts.

He called upon the government to depute teams comprising of officers of revenue, agriculture and horticulture departments to assess the losses in the rain affected areas so that they are compensated forthwith. “The teams of experts should asses the losses on the ground while abiding by the COVID protocol and submit a report in a time bound manner,” Mir demanded further.

The JKAP leader added that the official teams should also advise the orchardists and farmers on measures to be taken to save the remaining crop in view of the metrological advisories which have predicted thunder showers along with gusty winds on Sunday and Monday afternoon also.

“The government must also facilitate the requisite advisories from the SKUAST experts for farmers and orchardists on diseases that may occur to the crops, fresh fruit trees, especially cherry and strawberry,” Mir observed.

He said the fruit growers and farmers have suffered extensive damage to their crops due to vagaries of weather and in such situation they look forward for the government support.

“It becomes an obligation for the government to come to the support and succour of the farmers and orchardists as they form the backbone of the state’s economy and have always been suffering on account of weather vagaries,” he added.

He asked the government to go for a one time waiver of KCC loans to the farmers across Jammu and Kashmir in view of the damages caused to these sectors due to heavy rains and hailstorm.

“JKAP appeals the Hon’ble Lieutenant Governor G.C Murmu to facilitate supply of subsidized pesticides and fertilizers to fruit growers through horticulture and agriculture departments so that they can at least save their produce from disease and mites and indemnify their source of livelihood,” Mir remarked.