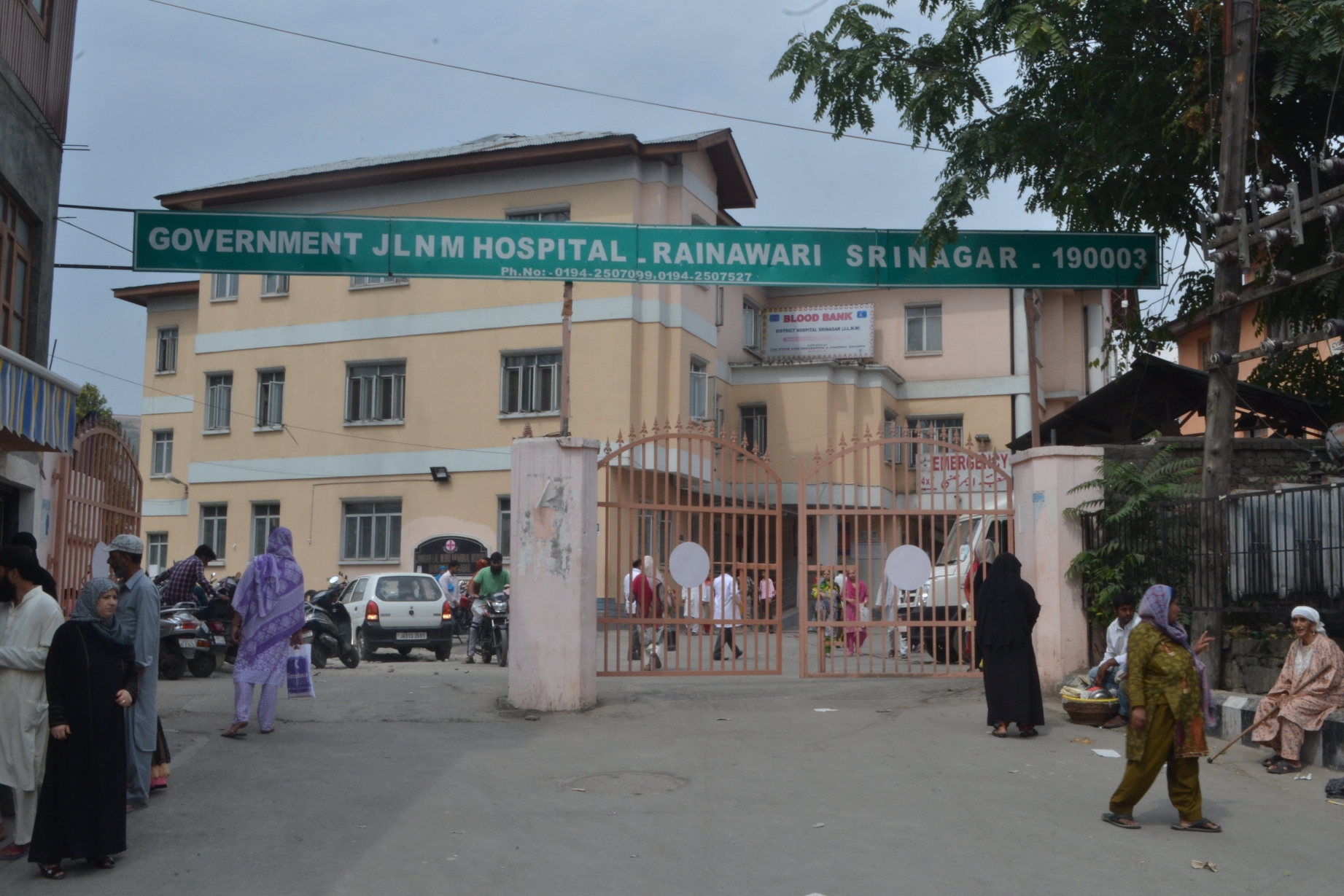 Srinagar, June 07 (KINS): A heart wrenching video has gone viral where a COVID-19 patient allegedly died due to non-availability of doctors at JLNM Hospital Rainawari with attendants watching as helplessness.

In a 2 minute 30 second video, the son of the deceased is seen saying that he called the doctor but he told him he is not on duty.

The incident happened on Saturday when a COVID-19 patient died at JLNM Hospital.

“There is no doctor available in this ward. Had doctors come then his life could have been saved,” attendant of another patient is seen saying in the video.

“We all should leave home. There are no facilities and doctors,” the deceased son says in the video.

The government has designed JLNM Hospital as COVID-19 hospital.

However, Dr Roshan Din Kasana Medical Superintendent of the JLNM Hospital claimed there was no negligence on part of doctors.

“This is not reality that doctors did not attend the patient. Is it possible that for a COVID hospital where there are 140 patients, there will be no doctor? The fact is there were a consultant and a physician there. But it takes doctors 10 minutes to wear protective gear before seeing a patient because they all are positive cases. A doctor has to protect himself before seeing the patients. We (doctors) remain silent because people don’t understand reality,” he told news agency Kashmir Indepth News Service (KINS).

The video has widely gone viral on social media with netizens slamming the government for the poor health care system in the valley.

“If doctors can’t attend COVID- 19 patients at JLNM Hospital Srinagar then patients should be asked to go home. A viral video has exposed tall claims of doctors and the health system,” Rifat Abdullah, a journalist wrote on his Facebook page.

On this Nazim Bhat commented, “They are nonsense doctors, they only know how to earn money.”

Raja Waseem said, “Very sad, really heartbreaking and horrifying in such circumstances we can only pray to Allah for mercy, such negligence if true is criminal offence.”

However some people believed that doctors should not be blamed.

“It is heartbreaking but it is a social stigma connected to this disease, doctors can’t be blamed for this whole, we have to follow the direction of WHO, the lockdown guidelines and we don’t have to wonder unnecessarily outside. It is happening, we have to witness worse than this if we don’t mend ways,” another Facebook user said.

While commenting Sheikh Saleem claimed that the public and government are responsible for the catastrophe in Kashmir. “Exceeding the number of patients and asking doctors to attend them without special equipments. What will doctors do? Please blame the government not the health system,” he replied to Riffat Abdullah post.(KINS)

Those Against Scrapping Art 370 Will Be Beaten With Shoes: J&K Guv