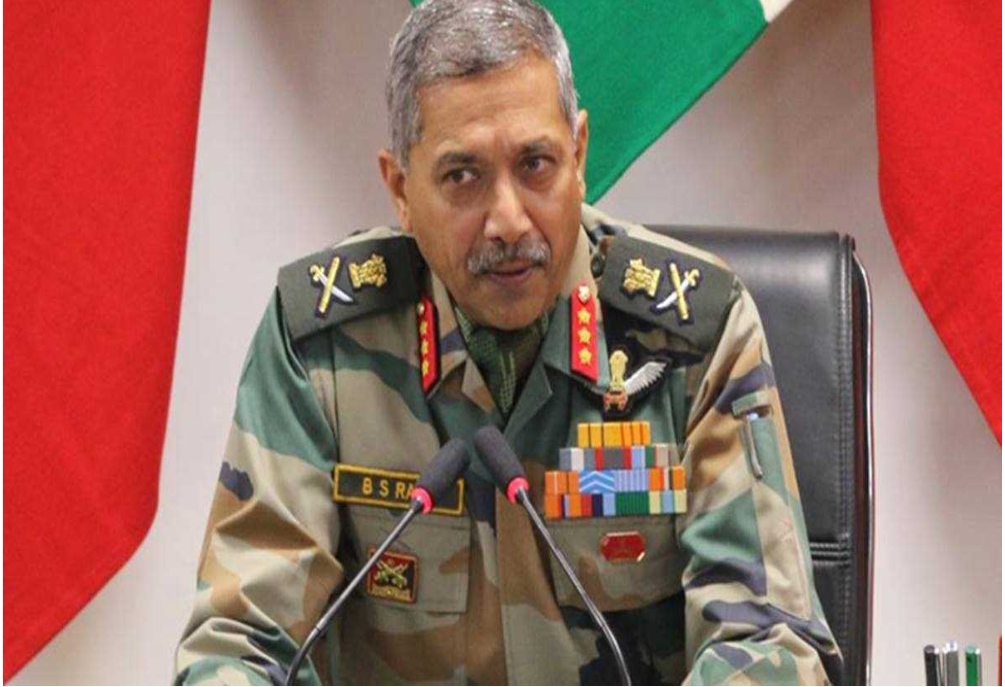 I congratulate my team, police and CRPF for successful anti-militancy ops in past 24 hours, people facilitated us in smooth conduct: GoC 15 Corps Lt Gen Raju, Our neighbour not happy with peace in Kashmir

Srinagar, June 08(KINS): Top army officers in Kashmir today said that their first priority while conducting the anti-militancy operations to ensure no collateral damage and for that a “close synergy and full professional skills are being followed on ground.”

They also congratulated the security agencies for two major successful anti-militancy operations in the past 24 hours in Shopian district of South Kashmir conducted by army’s 1 and 44 RR besides police and the CRPF in which nine militants including a top commander were killed.

According to news agency KINS while addressing a press conference at army’s Awantipore headquarters, General officer Commanding (GoC) Victor Force Major General A Sengupta said that five militants were killed in Reban village yesterday and on the same evening, a lead provided by the police was followed and village Pinjoora was cordoned off.

“The contact with the hiding militants who were involved in lot of crimes that include harassing public, coercing people to give them shelter, killing and injuring truck drivers last year and abducting cops, was made at 7 am. They opened fire before we could offer them surrender,” the GoC victor force said.
In the ensuing gunfight that lasted for four hours, four local militants were killed in the encounter, he said.

He said that both the operations were challenging as they were conducted in congested localities where collateral damage was a possibility. “Some 14 houses were evacuated before the operation,” he said.

Speaking on the occasion, GoC of Srinagar based 15 Corps Lt General BS Raju said that he would like to congratulated his team, besides police and CRPF for conducting anti-militancy operations peacefully. He said in both the operations, there was no collateral damage and that’s because of the professionalism of forces. “Ensuring zero collateral damage in anti-militancy operations is our priority,” GoC said.

The GoC said that post abrogation of article 370, people of Kashmir behaved peacefully and there was a peaceful atmosphere for a long duration. “But if there is one person who is not happy with the peace in Kashmir, that is Pakistan.

The country is following two way policy to keep Kashmir pot boiling—one is to induct weapons at the LoC that are later transferred to this side through infiltration and then disseminating false propaganda to keep its Kashmir narrative alive. This way Pakistan is keeping itself relevant in Kashmir,” GoC Raju said.(KINS)