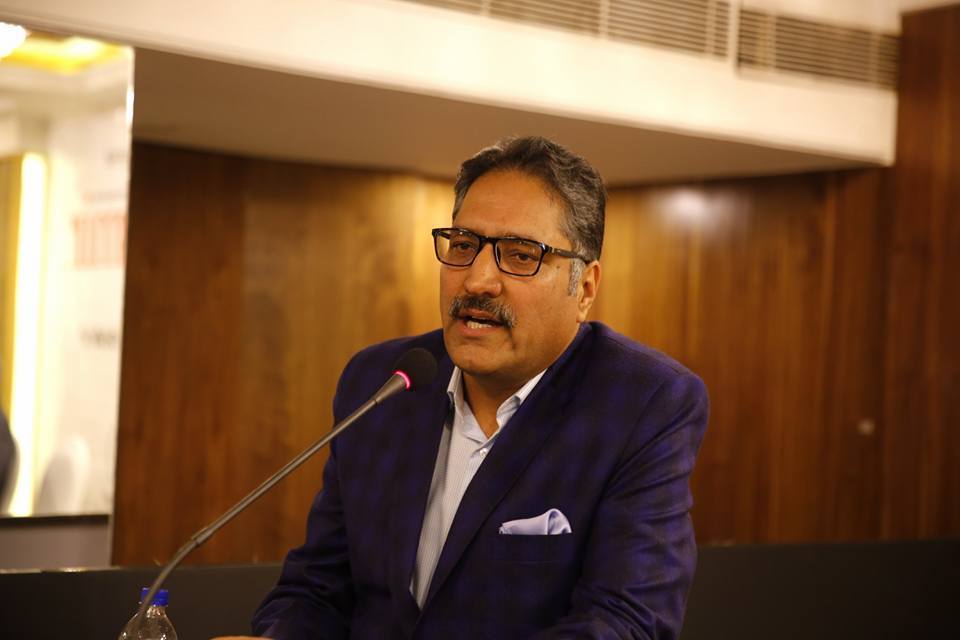 Srinagar: The Kashmir Press Club pays tributes to Rising Kashmir founding editor and renowned Kashmiri journalist Shujaat Bukhari on his second death anniversary, who was assassinated on June 14, 2018 outside his office in the Press Enclave Srinagar.

Shujaat, a well known personality among the media circles across the world was sprayed with a volley of bullets by the assailants when struck outside his office.

The Kashmir Press Club joins Shujaat’s family and the journalist fraternity of Kashmir to pay tributes to a wonderful soul and a patron to the so many of the working journalists in Kashmir who have had the occasion to work with or under him at the Rising Kashmir, the daily English language newspaper which he founded.

During his lifetime as a journalist, Shujaat always promoted sound journalism and worked hard in creating an enabling atmosphere for the budding journalists in the region by offering internships and job opportunities in the media organization he founded.

It was Shujaat’s dream to lay sound and strong foundations of the journalism in Kashmir and throughout his life he worked hard towards that endeavor. Many of journalists who worked with him at the Rising Kashmir describe and remember Shujaat as an affectionate and caring Editor, who was always in search of news and good stories.

With his killing two years ago, the Kashmir region lost not only one of the most recognizable journalist faces but also an articulate voice and personality who was always full of ideas for the well being of the people of his land.

His funeral reflected his persona when thousands of admirers, friends and acquaintances from all walks of life descended at his ancestral Kreeri village in north Kashmir to mourn his death on June 14, 2018.

The Kashmir Press wanted to organise a function to remember this great journalist on his anniversary but the raging Coronavirus pandemic forced the management to limit our activities to paying the tributes through this statement. The members of the management committee held an online meeting and paid tribute to Shujaat on his second anniversary. The Kashmir Press Club joins his family and all the journalist fraternity to demand an impartial and credible final investigation report into the FIR related to June 14, 2018 incident before the concerned trial court.

Travel Permission To Bridegroom: Mehbooba Accuses Goi Of Reducing Kashmir’s To Second Class Citizens In Their Own Territory

J&K reports one forest fire daily, ‘95% incidents are man made’