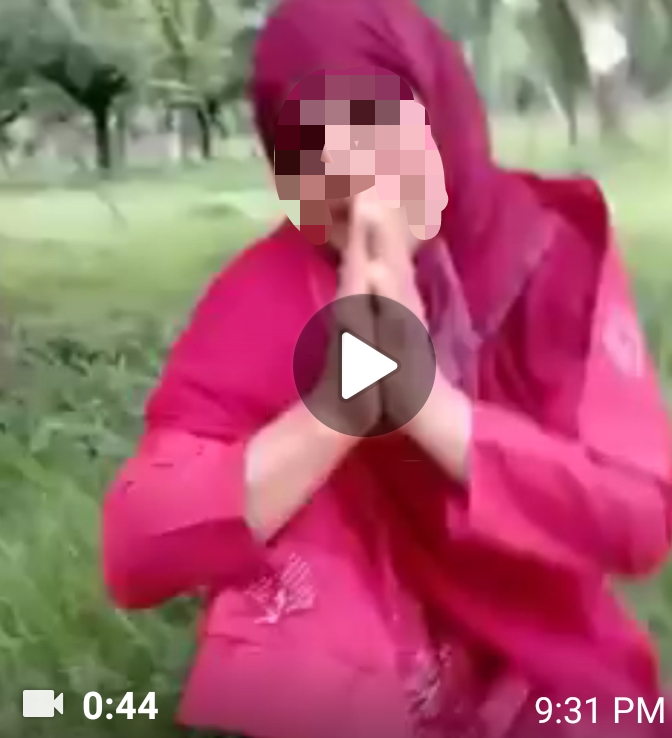 We are ascertaining the authenticity of the video: SSP Sopore

Srinagar June 14 (KINS): A video has gone viral where a woman Sarpanch from Sopore is purportedly seeking forgiveness from militants, saying she will resign.

In the video, the female sarpanch from Sopore Baramulla district is seen saying, “There is SP and SHO’s number in my mobile as some people were harassing me. Please forgive me for the sake of Prophet (PBUH). I am a poor woman. Please forgive me. I will resign.”

A person who is not visible in the video tells her that she is at the age of his mother. “We are leaving you because you are a female,” the person, who is purportedly a militant is seen saying in the video.

However news agency Kashmir Indepth News Agency (KINS) could not verify the authenticity of the video.

SSP Sopore Javeed Iqbal told KINS that they are ascertaining the authenticity of the video.

The killing has triggered a fresh fear among Panches and Sarpanches.

“The killing of a Sarpanch clearly indicates how vulnerable we are in Kashmir in absence of security,” a Panch from south Kashmir’s Shopian district told KINS.

Hundreds of Panches and Sarpanches like him have been put up in Srinagar hotels by the government.

Most of the people stayed away from Panchayat polls and more than 60 per cent of the seats remained vacant because there were no candidates.

In the Panchayat election in 2018, Peoples Democratic Party (PDP) and the National Conference (NC) did not participate over the issue of special status. The election was largely boycotted in Kashmir and over 12,000 Panchayat seats continue to be vacant.

Ever since the Panchayat elections in Jammu and Kashmir, the Centre has been talking about strengthening grassroots leadership in the new Union Territories.(KINS)