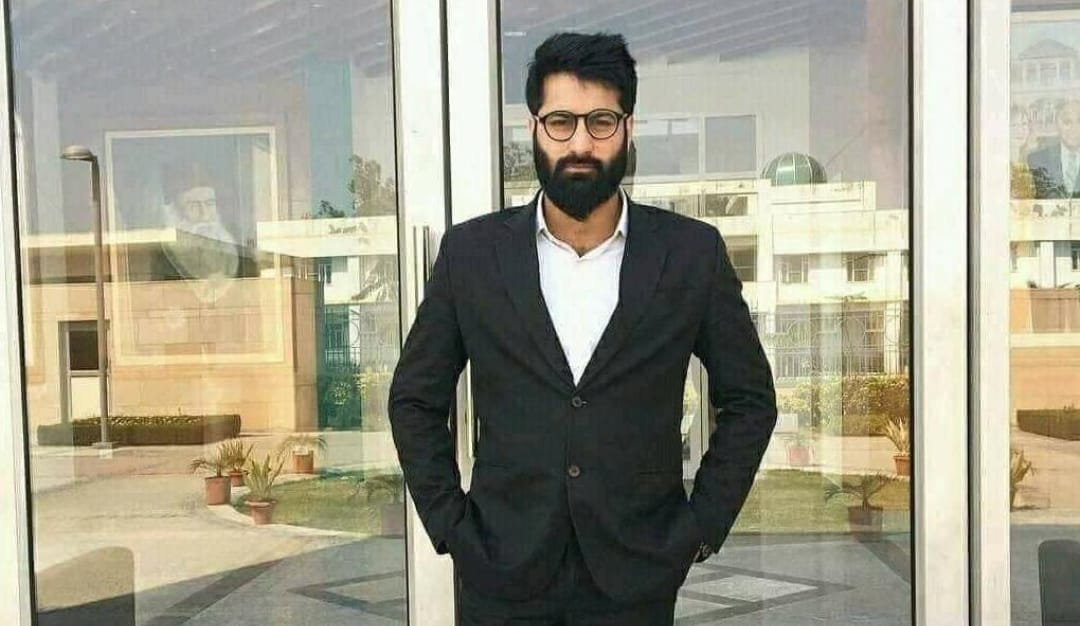 Srinagar, June 22(KINS): Family members and the relatives of 26-year-old PhD scholar from Srinagar, who went missing during trekking on June 13, staged a protest on Monday and urged all the security agencies and Lieutenant Governor administration to take concrete steps to trace their son.

Amid slogans of “we want justice”, the family members of Hilal Ahmed Dar son of late Ghulam Mohiudin Dar, a resident of Bemina, Srinagar assembled at press colony for the third time since their son went missing while trekking at Naranag area of Ganderbal district.

“Our son is innocent. He has no militant connection or any other link. We make a fervent appeal to the heads of all security agencies in Kashmir to help trace our son,” family members of Hilal said.

Hilal’s brother, Yasir told news agency Kashmir Indepth News Service that he has been trying to get the whereabouts of his brother since past many days. “We have been camping in Naranag. Yesterday, we got news that my brother was killed in encounter, but that was a fake news. The fact is that my brother was part of a six member group who went for trekking on June 13. Five youth returned and my brother didn’t,” he said.

Yasir said that if any security agency has picked his brother, they should release him for the “sake of humanity.”

Other family members of missing Hilal said that the LG led administration must direct all the security agencies to trace their son. “He is an orphan. His parents died long back and has been brought up by his uncles. He has no connection with militancy. We urge the government to put in best efforts to trace him out,” they said, while hold placards displaying, “Our son is innocent, trace him out,” and “our son a scholar not a militant.”

Hilal Ahmed Dar, a resident of Bemina Srinagar, was part of a group of five persons who had gone for trekking to Gangabal lake in Ganderbal district.

While others got back by the evening that day, he went missing. For the last one week, there is no trace about his whereabouts. On Sunday, there were reports that Hilal was one among the three militants killed in Srinagar gun fight. However, the police said the identity of the third militant is yet to be ascertained.

“He is a PhD scholar. He is a meritorious and bright student and one among toppers,” Head of Department Business School Kashmir University, Professor Iqbal Hakeem had told KINS.(KINS)