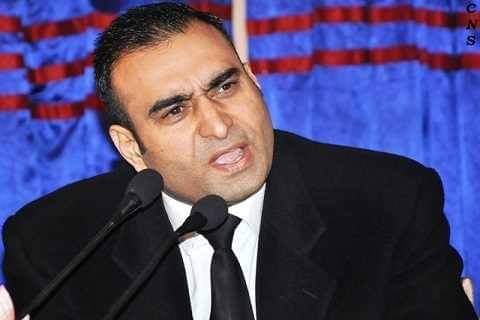 Quoting a study from the University of Michigan, he said Covid-19 patients on ventilators who received a single dose of Tocilizumab injection were 45 percent less likely to die compared to those who did not receive the drug.
“Originally developed to treat rheumatoid arthritis, the drug combats the disease by quelling cytokine storm which is the hyperimmune response of the infected person to the virus,” Dr Nisar said.

“Mortality in Covid-19 patients has been linked to the presence of the cytokine storm induced by the virus,” he said adding that “excessive production of cytokines leads to respiratory failure and widespread tissue damage resulting in multiorgan failure and death.”

Dr Nisar said Tocilizumab suppresses the hyperimmune response by blocking receptor for a key cytokine known as interleukin-6 (IL-6) and improves survival rates and reduces mortality among Covid patients.
“Recently Indian Council of Medical Research (ICMR) in its revised protocol has allowed usage of the drug for patients with progressively increasing oxygen requirements and in mechanically ventilated patients not improving despite the use of steroids,” he said.
Dr Nisar said it is vitally important to know that there is no single magic bullet to treat the novel coronavirus and several drugs in combination are needed to tackle the virus.

“With the approval of several therapies, combination of them given at the right time gives a good result,” he said.
“Apart from oxygen, moderate to severe patients are given steroids, remdesivir, convalescent plasma and Tocilizumab in various combinations,” he added.

“Initially it was believed that deaths were happening because of poor oxygenation. Now we know that intravascular clotting can also lead to lung dysfunction and death. So heparin is given in Covid patients to prevent clotting,” said Dr Nisar.

Will look into reported statements made on restoration of 4G internet service in J&K: GoI to SC

India wants end to border tension with China but will not cede an inch of land: Rajnath