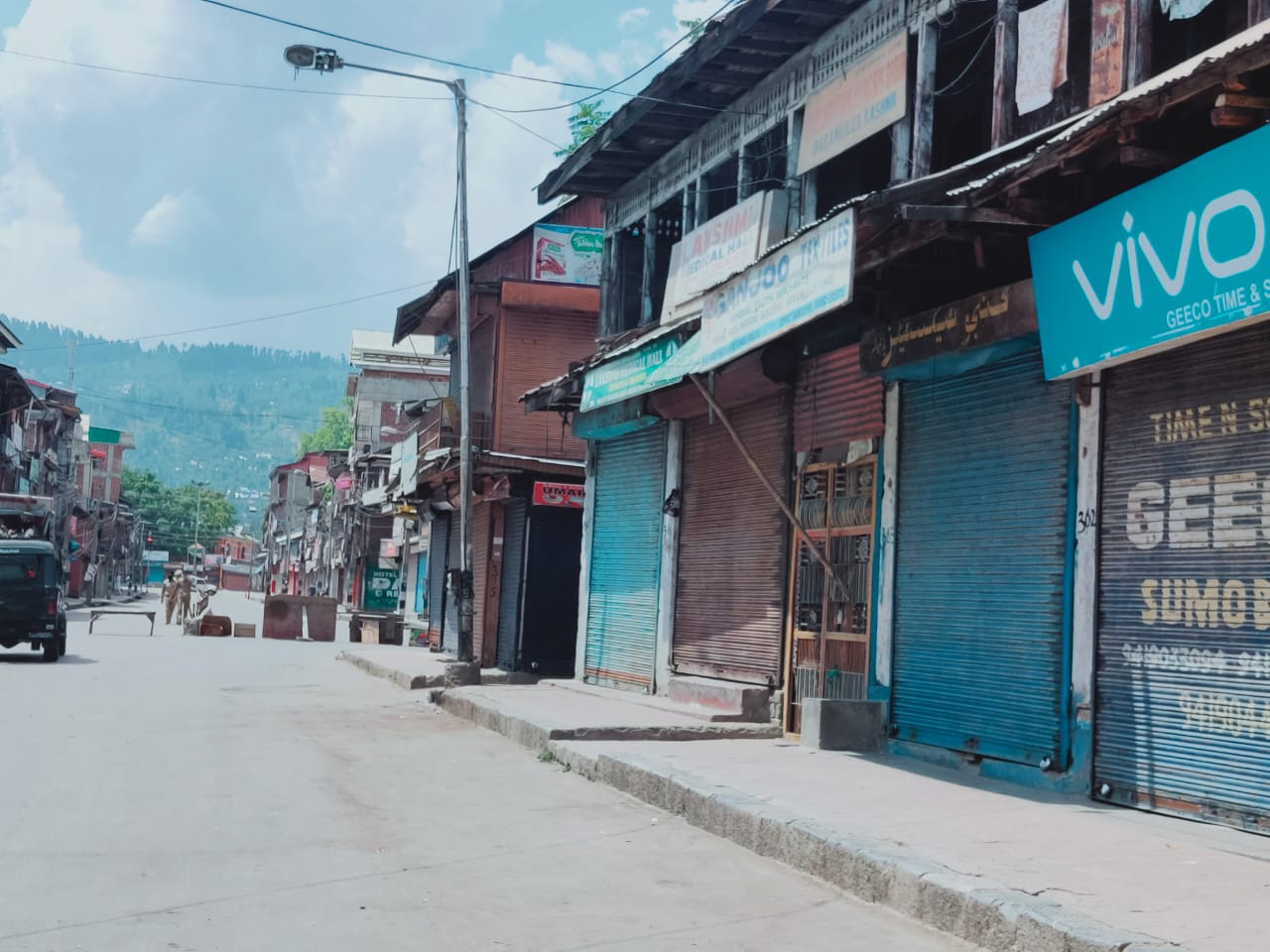 Srinagar, PTI : Restrictions were imposed in the Kashmir valley on Monday, with officials saying that the curbs have been enforced as part of efforts to contain the spread of COVID-19.

The restrictions come two days ahead of the first anniversary of the revocation of Jammu and Kashmir’s special status.

No movement of people, except essential services and medical emergencies, was being allowed, the officials said.

The authorities sealed most of the roads and market places and sought the cooperation of the public to make the lock down a success.

District magistrates said strict implementation of the lockdown restrictions was ordered in view of the spike in the number of coronavirus cases.

Markets and business establishments across the valley were shut on Monday, while public transport was off the roads, the officials said.

However, government employees and banks have been exempted from the restrictions on producing valid identity cards or movement passes.

Construction and developmental activities have also been exempted, they added.

Security forces have been deployed in strength at several places across the valley to enforce the lockdown, the officials said, adding any violation would invite strict action.

Jammu and Kashmir on Sunday recorded 444 new coronavirus cases with 206 from Jammu region and 238 from the valley.

While Udhampur district in Jammu region recorded the highest of 69 new positive cases followed by 65 in Jammu District, Srinagar had 62 cases.

The union territory has witnessed a spike in the number of positive cases in the last few weeks.

While officials maintained that restrictions were in view of the COVID-19 situation, PDP president Mehbooba Mufti’s daughter Iltija Mufti said the heightened security arrangements in the valley were being undertaken to ensure that “anger and frustration felt by people” against the Centre’s decision “remain hidden”.

“Suddenly, there is heightened security & surveillance in the valley. Not like non discriminatory COVID virus will be more active in the days approaching 5th August so clearly this is being done to ensure that anger & frustration felt by people here remain hidden,” Iltija posted on her mother’s Twitter handle which she has been using since Mehbooba was taken into custody in August last year.

The Centre on August 5 last year revoked the special status of Jammu and Kashmir by abrogating Articles 370 and 35-A and bifurcated the erstwhile state into two union territories. PTI

We wait and watch if elections held in time: Omar to PM