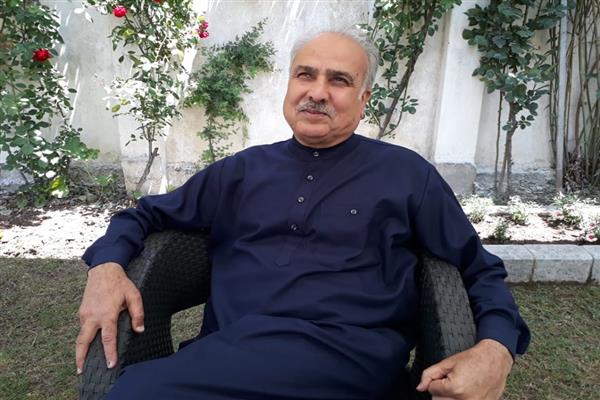 Srinagar, August 07 (KINS): National Conference leader and Member Parliament Justice (retired) Hasnian Masoodi has asked the BJP to introspect what they did for the last one year in Jammu and Kashmir.

“New Delhi has been doing experiments since years in Kashmir but that did not change the ground situation.  BJP should admit its mistake and rectify them. They should introspect what they did and return the August 4, 2019 position to Jammu and Kashmir,” Masoodi told news agency Kashmir Indepth News Service (KINS).

He also slammed the government for not allowing a meet convened by Farooq Abdullah.
“On August 4 and 5, you had to impose the curfew that tells the situation on the ground.”

He said Manoj Sinha might have been appointed Lieutenant Governor of Jammu and Kashmir to provide relief to BJP leaders in Jammu region.
“G C Murmu has been a bureaucrat and was not affiliated with any party. But Sinha is associated with the BJP. We don’t know why he has been appointed. But it may be to provide some relief to leaders of BJP in Jammu to address their issues as Murmu was staying away from political parties,” Hasnian said.

“Everything will be clear in the coming days for what purpose he has been appointed. There will be change on the ground only when Jammu and Kashmir gets August 4 position. Changing of faces won’t make any difference on the ground,” he added.

As per some reports, differences between the G C Murmu and Chief Secretary BVR Subrahmanyam had also resulted in some administrative problems. Murmu had started calling meetings and files to his office, and sending notes to the Chief Secretary for necessary action.

While new LG Sinha, 61, has been actively involved in working for the backward villages of eastern Uttar Pradesh. His political career began in 1982 when he was elected the president of Banaras Hindu University(BHU) Students Union. He was elected to the Lok Sabha for the first time in 1996 and repeated the term in 1999.

From 1989 to 1996, Sinha remained a member of the BJP national council. He was elected to the Lower House for a third term in national politics when the BJP swept the Lok Sabha elections in 2014.

He was former Minister of State for Railways and later held an independent charge of the Ministry of Communication.(KINS)

Protest against water and power crisis in Sopore