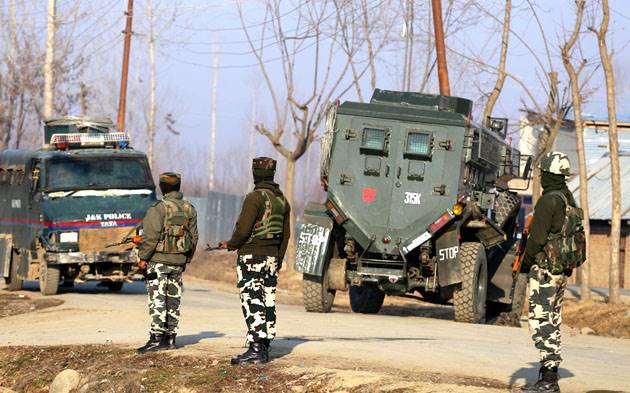 Srinagar, August 11(KINS): Civilians who reached the first to gunfight site on July 18 in Shopian Tuesday said they could not identify three persons who were killed by the army.

On July 18, army claimed that they killed three militants during an encounter in the village Amshipora area of district Shopian.

“On a specific input by 62RR about [the] presence of terrorists in the village Amshipora area of district Shopian, an operation was launched by them in the said area,” a police spokesman said.

While some families belonging to Dhar Sakri village in Kotranka of Rajouri area in Poonch said they identified their family members in pictures after the Shopian ‘encounter’ on July 18.

The families said the missing men resembled those who were killed by the army in a gunfight.

Mohammad Yusuf, an orchard owner, where the army claimed the encounter took place, said he was called by the army at 6 am that day.

“The cow shed and many trees were also damaged by the fire. There were three dead bodies but I could not identify them,” Yusuf said, as per news agency Kashmir Indepth News Service (KINS).

Kal Din Khatana, another local who was among the first who reached the spot said they saw the shed was set on fire.

“We saw three dead bodies. One was wearing old clothes and a Chappal. But we could not identify them as they had charred bodies,” he said.

The families said all the three young men had gone to Shopian to earn their livelihood and had no link with militancy.

In a brief statement, the army said, “We have noted social media inputs linked to the operation at Shopian on 18 Jul 2020. The three terrorists killed during the operation have not been identified and the bodies were buried based on established protocols. Army is investigating the matter.”

In a tweet from PDP leader Mehbooba Mufti’s Twitter handle, her daughter, Iltija Mufti said the reports of the “staged encounter” in Shopian showed the armed forces were operating “with impunity”.

The National Conference demanded a transparent probe into the incident and advised the administration to ensure that no-extrajudicial killings took place in Jammu and Kashmir.(KINS)