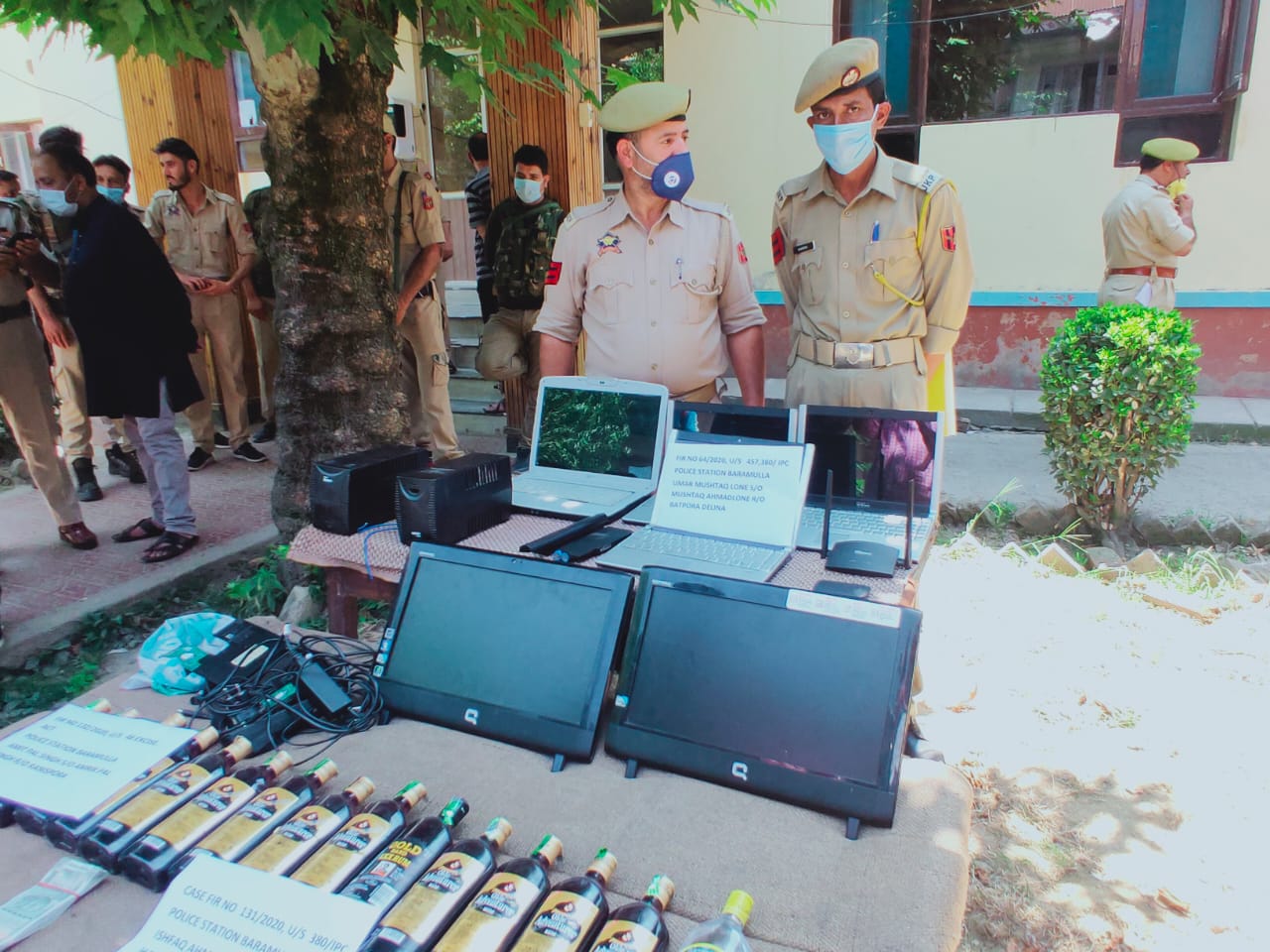 In a statement issued to KINS reads,
On 27.05.2020 one lady namely Nusrat Manzoor daughter of Manzoor Ahmad Akhoon resident of Khanpora Baramulla reported in police post Delina that during intervening night of 26/27.07.2020 some unknown burglars broke open the institute of information technology near higher secondary ground Delina and took away 04 laptops, 02 computers, UPS 02 no’s, 04 chargers and wi-fi device.

On 11.08.2020 one person namely Mubashir ahmad Tanga son of Haji Abdul Gani Tanga of Noorbagh Baramulla approached this police station with the Written complaint that during evening hours some burgulars took away hand cash of Rupees 80000 from the shop located in main market Baramulla.

Both the incidents were investigated and culprits were arrested and during investigation 04 laptops, 02 computers, and other accessories approx. value of Rs. 2 lacs 40 thousand were recovered. The stolen cash of Rs. 80000 has also been recovered, Police Station Baramulla acted swiftly and cracked both the cases in a short span of time.

Moreover, yesterday during Naka checking at Delina one drug peddler namely Amit pal Singh S/o Amrik Pal Singh was arrested. During search 15 bottles of Liquor recovered of worth Rs. 5135 and case FIR NO 132/2020 has been registered and investigation taken up.

LeT commander among two militants killed in encounter in Pulwama