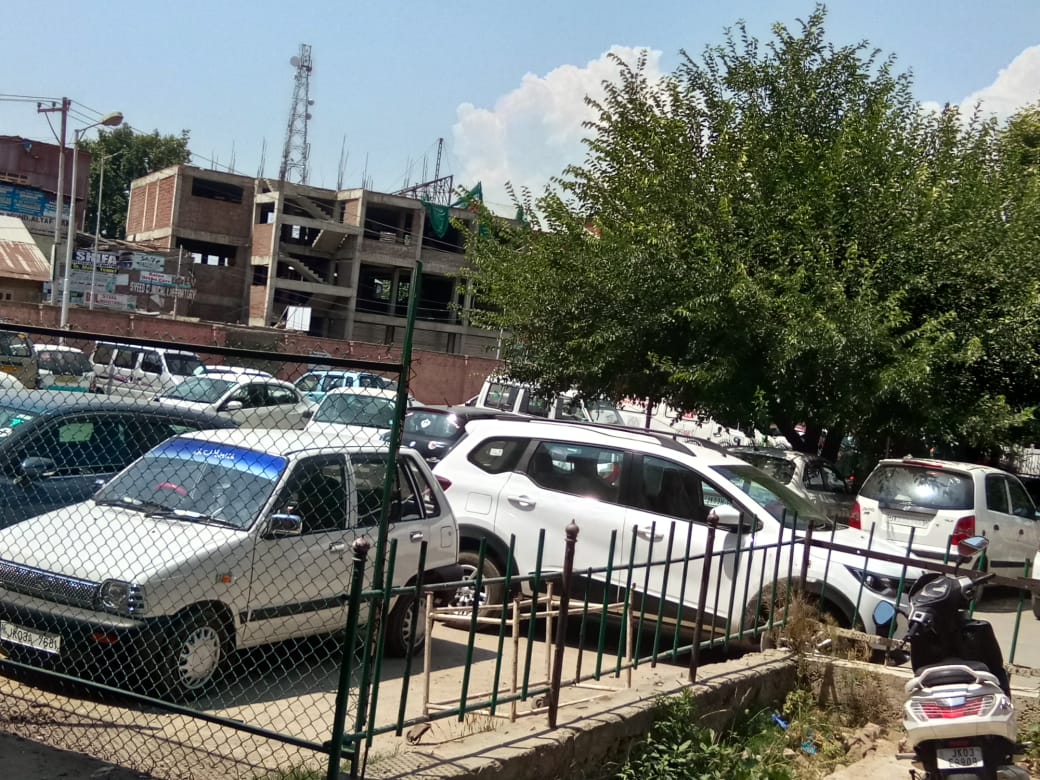 Srinagar, August 13 : Kashmir Chamber of Commerce and Industry on Thursday termed the indefinite lockdown of business establishments in Kashmir especially Srinagar as a serious infringement on the rights of the business community to earn a livelihood.

In a statement issued to KINS KCCI Spokesperson said that despite full cooperation extended by the general public and the business community, the administration appeared to be running around in circles since the previous five months and seem oblivious to the fact that the business community of Kashmir is presently in the 13th month of a disruption which has wiped out enterprises and devastated the economy.

As per spokesperson despite total cases numbering 5.35 lacs with a daily average of 1,700 cases since previous two months Mumbai has now entered it’s Unlock 3.0 phase. A population of more than 2 Crores living in an area of 603 sq km as compared to Srinagar’s population of around 17 lakhs in an area of 294 sq km.

A six times higher population density of 33,168 persons per sq km as compared to 5,782 persons per sq km in Srinagar. On 3rd of August, 2020 the BMC has allowed all shops – essential and non-essential – to open all day except in containment zones. Only theatres, food courts, in-house dining in restaurants, bars and gaming zones, street vendors and hawkers, continue to be prohibited. There are currently around 700 containment zones in Mumbai but unlike in Srinagar, they mostly consist of individual buildings and chawls/slums. Here, the administration cannot be bothered to stop tweeting and identify individual houses. They simply barbwire-off entire neighbourhoods, if not the entire districts.Saves a lot of hard work. With six times the population density, gradual opening of business establishments and the population being allowed much more movement, the infection rate of around 2.65 percent not been seen as a very successful operation but speaks volumes about the intent of the  Maharashtra Government to provide avenues of livelihood and it’s concern for the welfare of the public.

There has been grievous dereliction in proper utilisation of the earlier stages of lockdowns to strategize and prepare for the unlocking phase. DDMA funds have been spent on purchase of barriers despite Kashmir having the highest inventory of barriers including Barbed Wires available. The prices of critical medical equipment including Oxygen Concentrators has skyrocketed without any system of checks and balances in place. Butchers are hauled in for selling meat at meagerly higher prices but no attention is being paid to regulate the prices of these essential and critical medical equipment. Shopkeepers, pushed against the wall by the financial stress and in pursuit of bringing food to the family are being forced to operate like smugglers and reports of excessive harassment by various enforcement agencies are pouring in.

At the district levels, confusing amendments have been made to the comprehensive guidelines issued by the worthy Chairman of the State Disaster Management Authority. A majority of the public has no idea of what the guidelines are. Banks were open throughout but no care was taken to monitor their functioning resulting in reports of largest COVID clusters emerging from Banks. The Royals have been enjoying their golf rounds without any break whereas the shopkeepers are put behind bars for seeking to feed their families out of frustration. Handpicked star restaurants frequented to by the high and mighty have been allowed to operate without any interruption whereas the lesser mortals are not allowed activities. Similarly Government offices are functioning at full strength despite daily movement of employees posing a risk whereas schools are not being allowed to operate on minimal rotational routine suggested by their respective associations. Our students stand deprived of quality education due to the unavailability of required internet speed, popularly referred to as 4G, providing which the Government of Jammu and Kashmir has been opposing tooth and nail in the Hon’ble Supreme Court of India. What prevented the Government from providing broadband connections to the students or parents so that our children could also participate in the new normal is beyond comprehension.

As we begin to introspect what we got in past 70 years, it would be only fair to start with the current year and we feel that the example of Government’s Golf Policy would suffice to illustrate the Governments benevolence on ground.

The Royal Springs Golf Course (RSGC) which had been closed till May was opened up for play in June . This coincided with the Government’s announcement of shifting of the Durbar to Srinagar and with the Royal who-is-who keen on it’s remaining open, it has been ensured that it remains open since. Even when the District Magistrate declared curfew in Srinagar on the 4th and 5th of August, when a majority of beleaguered 17 lacs people were caged behind fancy barriers and barbed wire, the RSGC was open and jampacked. Apparently  the jurisdiction  of  the District Magistrate  ends at the gates of  RSGC.

The KCC&I would like to put on record that it is not against opening of a Golf Course. It shows the Governments concern for keeping their senior functionaries and powerful elite in a mentally and physically fit condition. Had their salaries and privileges been stopped since 13 months and their families very survival under threat, we doubt that they would be hitting their shots as beautifully. But at closer inspection, we realise that it is not Golf which is the issue, it is saying one thing and doing opposite. It is about speaking empowerment and acting to disempower. The KCC&I has never shied away from appreciating decisions and policies of the Government wherever it merited appreciation and feel that as the voice of the business community it is equally an responsibility on our shoulders not to mince words while observing any departure in  expectations from the Government.

The story of Kashmir Golf Club (KGC) which has now become the poor country cousin of the RSGC  gives the real picture. Spread over 500 kanals of prime land in the heart of the city, the Government’s Bank under it’s Corporate Social Responsibility and in larger public interest invested an whopping amount of around 40 Crores for upgradation of the KGC. The permanent members of the Club numbering more than 500 stand sidelined with no say in the functioning of the Club. The democratic system of elections which was in vogue since 70 years alongwith the members stands bulldozed into a corner and the Government has “taken over” the Club. The last elections  were held in  the year 2013.  Then, in July 2019 with the usual good-for-public narrative,  the KGC was declared to be a “people’s Golf Course” with 100 rupee access to all especially youth and school children. The J&K Bank which maintained the course till November, 2019 and the RSGC to which the maintenance of the KGC was handed over after the Bank raised it’s hands, both have spent crores required to maintain the KGC since it was ready for play in April, 2019. But the KGC is still closed for public. The past one year was a time when the youth and school children with a propensity to play golf could have really benefited from the opening of the course but it was not a priority. We cannot fathom such disempowerment of a prestigious club by the Government in any other Club of the Country. Can the Delhi Government even think of taking over the Delhi Golf Club and sideline it’s members. Probably not. Merely naming it “People’s Golf Course” while not allowing the people including its own permanent members to participate appears to be a contradiction which has become a norm in other economic policies also.

No tangible support has been provided to the business community who continue to struggle not for revival or growth but their very survival. Unemployment is at an all time high with the tally of job losses in the current pandemic running into lacs. On the contrary, inconsiderate policies have pushed the business community against the wall which cry for urgent corrective measures and address the simmering desperation and deep frustration.

Coronavirus: Use WhatsApp to treat patients online, DAK to doctors

One militant killed in ongoing encounter in Shopian