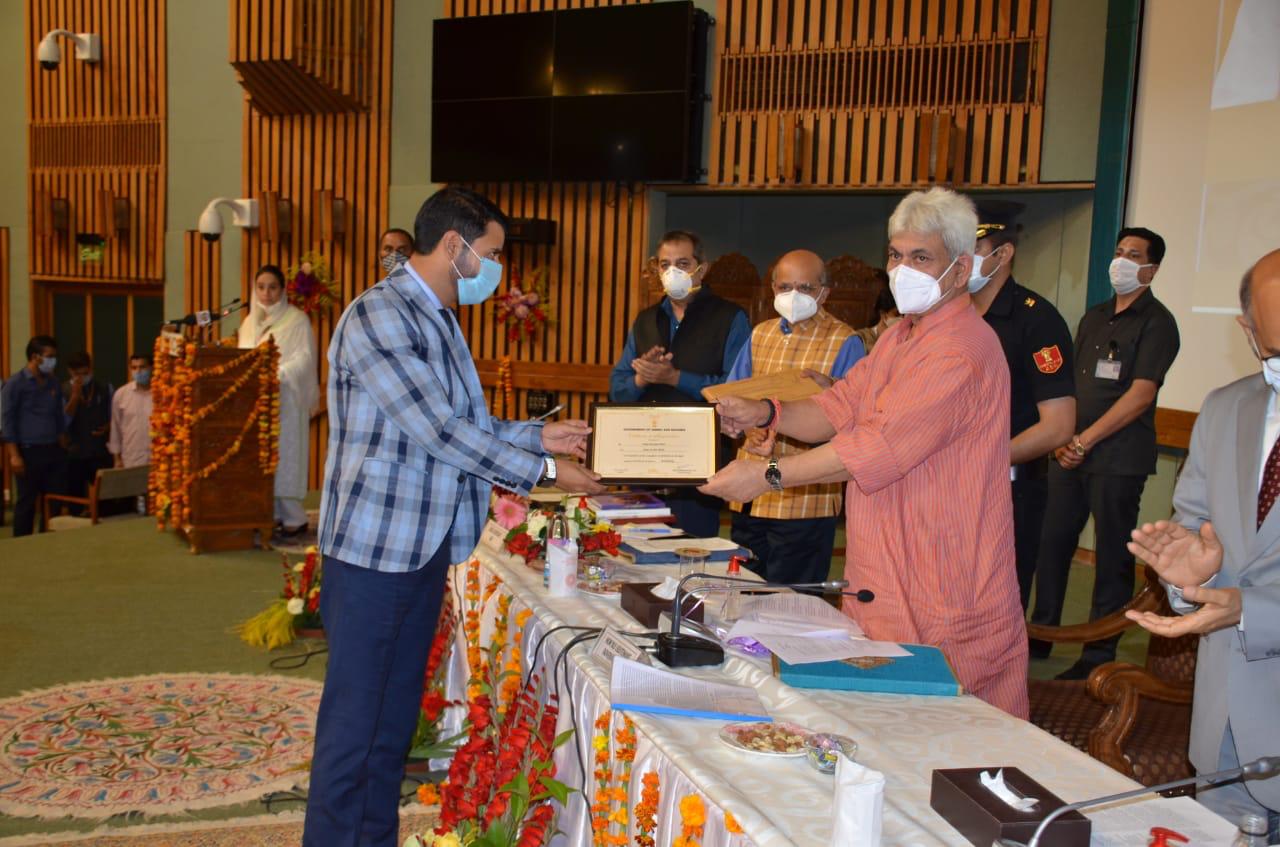 SRINAGAR August 14(KINS): In recognition and honour to the exemplary services, President Municipal Council Anantnag has been awarded by the government for his services to fight against COVID-19.

Lieutenant Governor Manoj Sinha honoured by handing over a certificate of appreciation to Er. Hilal Ahmad Shah (President Municipal Council Anantnag) in a grand function organized by Government of Jammu and Kashmir on the occasion of launching of Departmental & District level coffee table book at SKICC Srinagar.

He led the team, traversed and ran through the associated risks with a brave heart and clear vision to work for the public welfare.

Locals say the work of MC Anantnag under the leadership of Er. Hilal Ahmad Shah has been a symbol of tirelessness and selflessness. “The leader initiated and executed multi- pronged strategy ranging from activities of fumigation, sanitation and sanitization to the public awareness and sensitization within and outside the Municipal limits,” Bashir Ahmad, a local said.

“The encouragement to staff by leading from the front has been commendable especially during the visits to quarantine centers and red zones. The award is a deserving feather on the cap of MC Anantnag,” another local Mehraj Din said. (KINS)