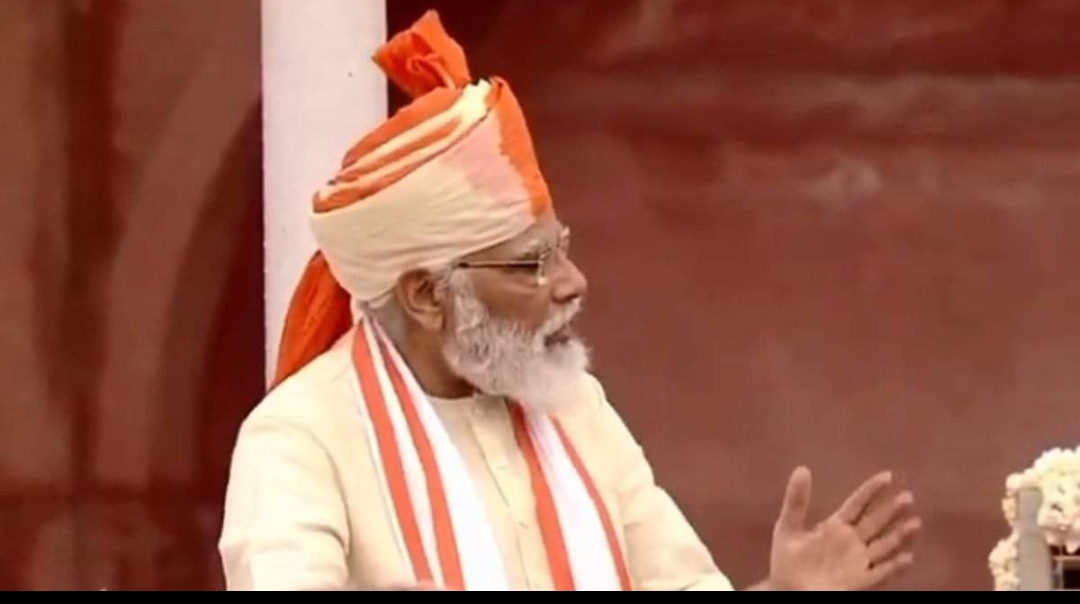 Prime Minister Narendra Modi Saturday said the country must not only ‘Make in India’ but also ‘Make for the World’. The new phrase was coined during his address to the nation from the ramparts of the Red Fort in New Delhi on the occasion of India’s 74th Independence Day. PM Modi reiterated the importance of becoming self-reliant, saying it was not just a word but a mantra Indians should follow. He added that self-reliance would help increase India’s share in the world economy.

“It is necessary for us to make India self-reliant. In the midst of the coronavirus pandemic, Indians must resolve to become ‘self-reliant’. This is not just a word, but a mantra for the people,” PM Modi said.

“India’s share in the world economy should increase for which we have to be self-reliant. We have to move forward with our mantra of ‘Make in India’, but also with ‘Make for World’,” he added.

PM Modi also said economic growth and development go hand-in-hand with humanity, which must retain a central role in the process.

He said self-sufficiency meant not only reducing imports, but also increasing the levels of skills and creativity in the country. He expressed confidence that measures taken by his government, like opening up the space sector, would generate employment opportunities for the youth.

“The mindset of free India should be ‘vocal for local’. We should appreciate our local products, if we don’t do this then our products will not get the opportunity to do better and will not get encouraged,” he said.

The Independence Day ceremony at the Red Fort was attended by over 4,000 people, including diplomats, officials and media personnel. Safety protocols were in place for the event, including social distancing and wearing masks.

In his address PM Modi also praised those who were working relentlessly to defeat the novel coronavirus. He said India was going through a unique phase due to the pandemic, but would achieve victory thanks to the resolve of the people.

Expansion of NCC in 173 coastal and border distrcits: PM

Dr. Farooq with his national standing will ensure voice of Kashmir is heard in Parliament: Sagar

Those quarantined for 14 days have to be isolated 2 more weeks at home: Officials