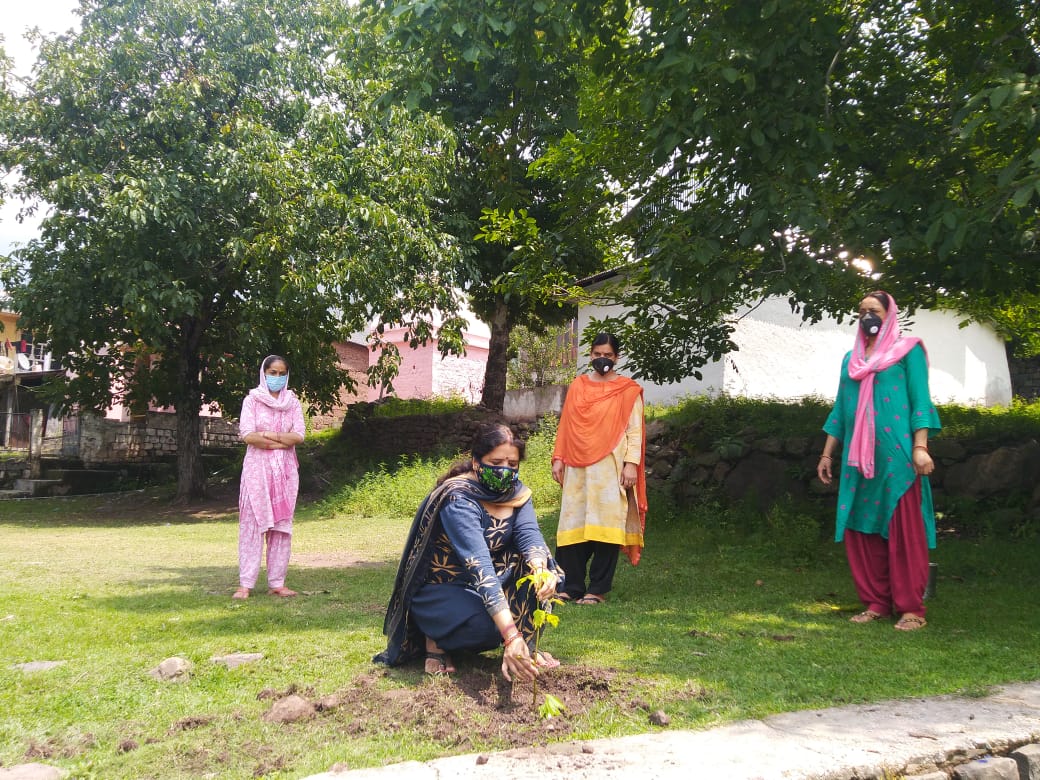 The Directorate of Rural Sanitation J&K was the nodal agency to monitor all the activities including cleanliness and sanitation drives, shramdhan in villages, tree plantation activities, wall painting etc. which were conducted w.e.f August 8th to August 15th , 2020.

At District level, District Panchayat Officers led   the campaign under the close supervision of concerned District Development Commissioners. The Deputy Director Rural Sanitation Kashmir and Jammu were the nodal officers for the campaign in their respective Divisions.

Resolutions were passed in 2324 Gram panchayats wherein people pledged to keep their villages neat and clean and sustain the ODF status of their GPs. In 1538 villages, E-ratri Chapaul was conducted wherein Panchayat Mukhias / Sarpanches highlighted the importance of sanitation through Video- Calls. Wall Painting was another activity conducted under this campaign in as many as 1616 villages.

Meanwhile, cleanliness drive was undertaken in 1677 villages and 324 public Health Centers in which officials of line Departments and 2166 volunteers participated. Plastic waste Management was another activity conducted under this campaign in which 5300 Kg of single use plastic was collected and disposed off.  In 1462 villages, Shramdhan activities were conducted and 550 Buildings including Panchayat Ghars were white washed. Tree Plantation was one of the important activities conducted under this Campaign and as many as more than 9000 saplings were planted. School Children also participated in this campaign through Essay writing/ Painting on Swachchta.

The daily roster for conduct of GBM was issued by the Secretary Rural Development and Panchayati Raj who supervised the campaign at UT level.

Director Rural Sanitation J&K expressed satisfaction over the successful conduct of campaign in J&K and said that it has helped in changing the mindset of the people towards sanitation and hygiene.

2 minor boys held before joining militancy, handed over to families in Baramulla

One body fished out from river Sindh, efforts on for other