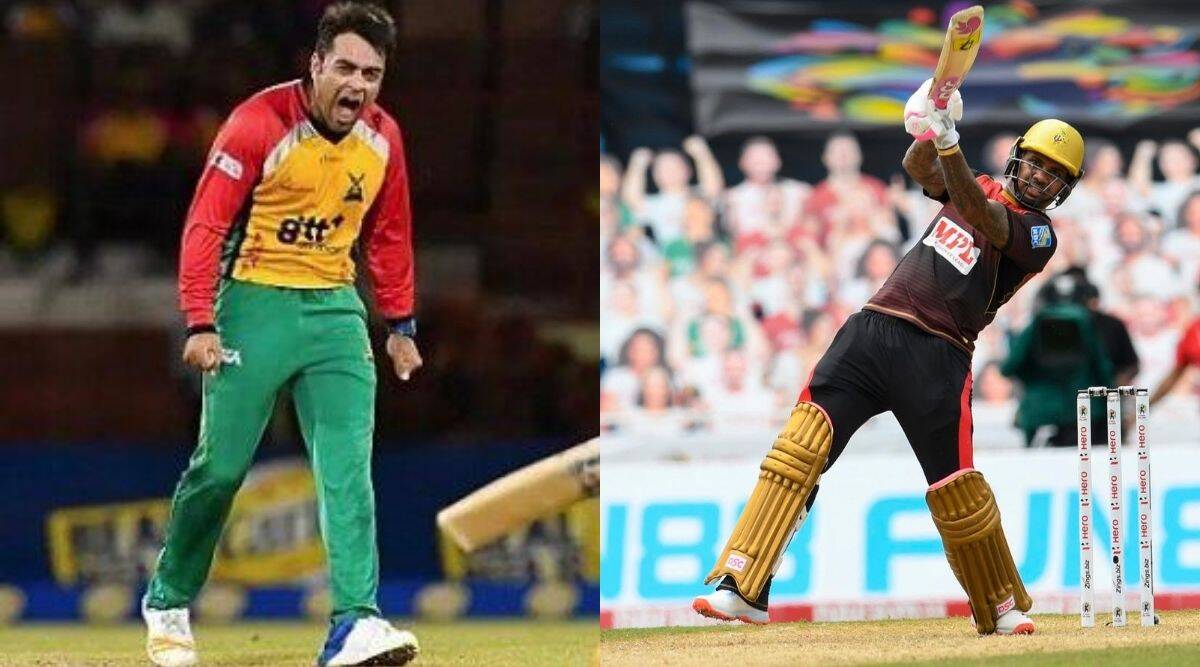 In the opening match, Narine’s 50 in 28 balls after taking two for 19 in his four overs were the key for Trinbago, though in the end they needed Bravo brothers, Darren (30) and Dwayne (six not out), to see them through with two balls to spare against Guyana Amazon Warriors.
Shimron Hetmyer’s scored 63 not out off just 44 balls for the Warriors.

Kieron Pollard’s decision to bowl first in a match shortened by rain to 17 overs each paid off Ali Khan had last year’s CPL top scorer, Brandon King, slicing a shot to point for a duck.
The Knight Riders’ spinners called the shots and it was only in the seventh over, that Ross Taylor (33) smashed the first six, of the tournament.

Taylor and Hetmeyer put on 50 for the third wicket, before Narine ended the stand dismissing Taylor. Young Hetmeyer and Nicholas Pooran, the two West Indies internationals, played out Narine smartly.

The Amazon Warriors bowlers began tightly pinning the Knight Riders’ openers Narine and Lendl Simmons to just 9 off the first 3 overs.
Kiwi Colin Munro (17) was looking dangerous with a four and a six off successive deliveries in the seventh over before Romario Shepherd sent back Munro with Brandon King taking a superb diving catch.
Even though Warriors kept a check on him, the big-hitter Narine with a four and a six helped his team to a useful 17 runs in the ninth over. Narine continued with his big-hitting with two sixes in the 10th over and soon Knight Riders were 81 for 2 requiring 64 off the last 48 balls for a win.

When Narine reached his 50 in 27 balls, he celebrated by taking the knee and raising a fist in honour of the Black Lives Matter movement.
Pollard and Bravo carried on, before the latter was dismissed by Naveen ul Haq in the final over, but Knight Riders were close to getting home.

In the second game, Michael Santner (20 and 2 for 18) and Rashid Khan (26 and 2 for 27) carried the day for Barbados Tridents and helped them to a winning start over St Kitts & Nevis Patriots in their title defence.
Tottering at 8 for three after the first 15 balls, Tridents’ skipper Jason Holder (38) and Kyle Mayers (37) helped repair the damage with a 61-run stand for the fourth before the loss of another three wickets in a span of 14 deliveries had them reeling at 69 for six.

The depth in their line-up showed as Santner (20) and Afghan all-rounder Rashid Khan (26 not out) helped them cross the 150-mark and set a target of 154 for Patriots.
Patriot bowlers Sohail Tanvir and Sheldon Cottrell were impressive in the closing stages, giving away only seven runs in their combined fourth overs. But Rashid lashed out with late boundaries and pulled Tridents past 150.

The CPL, which is a closed door event this year, is the first major T20 league taking place amid the COVID-19 pandemic.(Agencies)