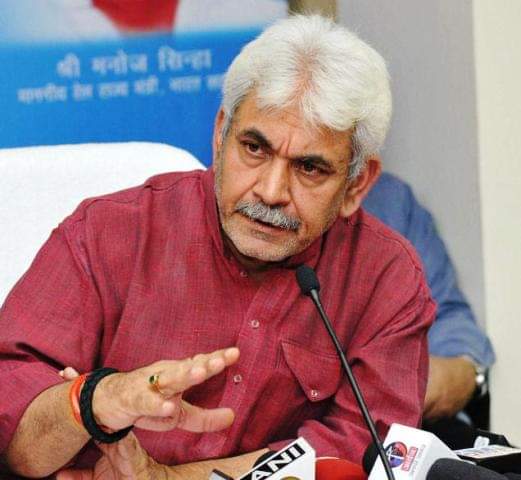 Jammu August 24: Lieutenant Governor (LG) Manoj Sinha Sunday took strong notice of the 90 percent pendency of online applications for Domicile Certificates and directed the officers to speed up the process through online mode.

He issued the directions in a meeting held here to review the developmental activities going on in Jammu district.

“All pending applicants be provided Domicile Certificates within 15 days, and deadline of September 10 is being set, after which no long pendency shall be excused and action against the responsible, underperforming officers shall be taken,” directed the LG.

He also directed to ensure seamless issuance of Domicile Certificates for the PRC holders without requiring additional documents.

The LG also laid emphasis on swift delivery of public services and saturation of centrally sponsored schemes at the earliest. He also set a deadline of September 30 for 100% Aadhar enrollment in the district to ensure complete and uninterrupted disbursal of benefits through DBT mode.

Studying enrollment under the Ayushman Bharat Yojana, the LG asked the concerned to remove discrepancies and provide benefits to all the deserving families. Similarly, he observed fall in payments under the PM KISAN Yojana and instructed that all farmers be involved under the scheme, irrespective of their land holdings, and be provided benefits under the same, as per revised guidelines of PM KISAN.

Observing slow payment of wages under MGNREGA, he directed that the wages be paid within 15 days of the work.

Maintaining his impetus on completion of languishing projects, the LG said that the works on the verge of completion be completed on war footing.

The LG referring to the Back to Village programmes held earlier said that some of the public demands raised earlier be fulfilled, before launching the next edition of the much appreciated initiative.