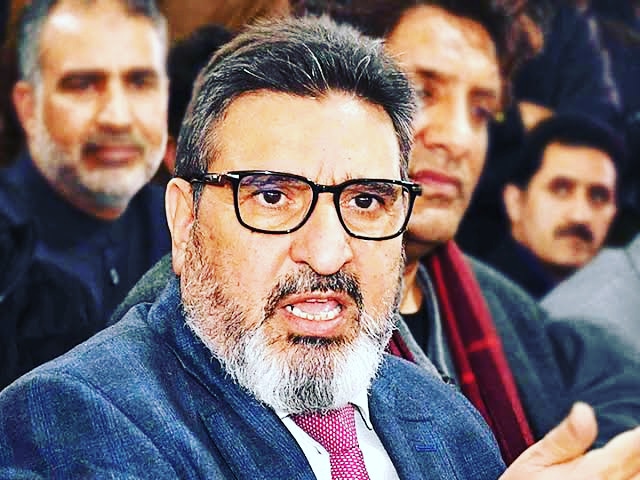 In a statement issued here, Bukhari said: “Thousands of employees working under these centrally sponsored schemes including doctors, paramedics and managerial staff who have been working in J&K for the last over one and a half decade on contract basis are facing the worst kind of exploitation as compared to their regular counterparts.”

Bukhari said that since the government is already intending to recruit medics in view of the shortage of doctors in the hospitals across J&K it would be highly advisable to regularize the contractual doctors working under the NHM scheme.

“Such a step would not only address the long pending demand of the contractual professionals working on meager salaries but will also reduce the time required for a fresh recruitment process under the prevailing pandemic situation. The government can later appoint more doctors under NHM scheme against the vacancies which will be made available by the regularization process,” he pleaded.

Bukhari said that it is against all labour covenants that these frontline warriors in battle against deadly COVID pandemic are being paid peanuts as compared to the permanent employees of the health department. “These contractual employees are well qualified professionals and have been working and giving their best in all odd situations including the prevailing pandemic. However, the government seems in deep slumber over their genuine demands including regularization, enhancement in wages, leave entitlement, provident fund and transfer,” he remarked.

The JKAP president said that it is highly unfortunate that the families of 32 employees working under NHM who have died in harness have not received any ex gratia relief from the government even after being assured for the same by the department. “The government must devise a social security scheme for these employees who are working efficiently like their regular counterparts in the department,” he demanded.

Bukhari said that these health department officials are working as frontline workers in COVID-related activities including testing, contact tracing, surveillance and other hospital duties in almost all government run healthcare institutions in J&K. “But they are regrettably facing a significant pay disparity and are not covered under any social security scheme which is totally an injustice with them,” the JKAP president opined.

He said that despite having similar qualifications, experience and long working hours as compared to their regular counterparts, the NHM employees are being paid meager wages which is against the principle of equal pay for equal work.

“The fault of such employees is only that they are working on contract basis. The huge indifference towards this section in terms of job security, salary and lack of social security cover, is affecting their social standing and psychological well-being,” he observed.

Seeking the Lt. Governor’s personal intervention in acknowledging the role of NHM, RNTCP, ACS employees in fighting the pandemic, Bukhari demanded that the government must go for a comprehensive job policy to get all such contract based employees absorbed permanently in government hospitals in view of the rising staff requirement. He also demanded applicability of provident fund for these employees besides a transfer policy for them to address their genuine social issues.

The JKAP president also urged the government to address the leave enhancement issue of all such employees which is pending despite the health department’s clear cut recommendations in this regard. “Unfortunately, these genuine proposals are gathering dust in the civil secretariat resulting in a lot of suffering for these employees. The Lt. Governor Manoj Sinha Ji must address all such long pending issues in a time bound manner,” he added.