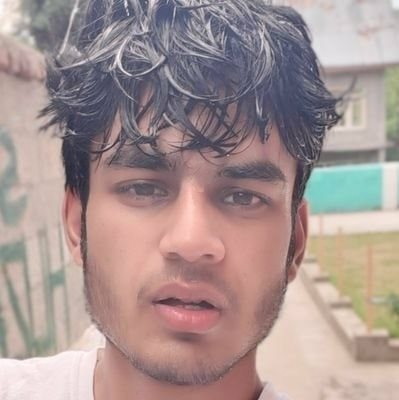 Budgam: Huzaif Shah, a 17-year-old boy from the Charar-e-Sharief area of Central Kashmir’s Budgam district is emerging as a first and famous football trick-shot star from the Valley, who has gained huge public support throughout the globe for his football skills.

Huzaif Shah, a class 11th student at Higher Secondary School Charar-e-Sharief Budgam, said that he has been uploading his videos on social media platforms like Facebook, Instagram and Youtube where he is showcasing his talent of football trick-shots.

Huzaif said that he has become an inspiration for many young football enthusiasts in the country, including people from the Valley, as he is getting a huge public support.

According to Shah Huzaif, his trick-shot videos have also been featured on “Oh My Goal” and “People Are Awesome”, which are globally famous social media pages and have a huge following across the globe.

Huzaif got inspired towards trick-shots after he watched the videos of a trick-shot sports group from America ‘Dude Perfect’ in 2018 and the football skills of a famous international footballer, Cristiano Ronaldo.

“I started playing football in 2016 when there was a complete shutdown in the Valley. I started doing trick-shots from Feb 2018 after I saw videos of ‘Dude Perfect’ on YouTube. It is a five-member US-based group which inspired me,” he added.

“I want more trick-shot stars to emerge from Jammu and Kashmir, so that this game gets recognition here as well. People enjoy trick-shots. But the situation in Kashmir is not favorable for budding talent. We just need a platform where we can perform and showcase our talent,” he added.

Although my videos have reached millions of people and hailing my talent, unfortunately the government here has not been able to support me so far, he said adding that the fact is that they never paid attention to it.

“I hope that the government would recognize my talent and come forward for sponsorship so that youngsters like me will be encouraged,” he added.

Huzaif who wants to make the sport popular in the Valley, has urged the Jammu and Kashmir government and Sports Council of India to help him in this regard.

Huzaif’s mother, Nisara Akhtar said that his son is an efficient student and at the same time is emerging as a good trick-shot player from the Valley.